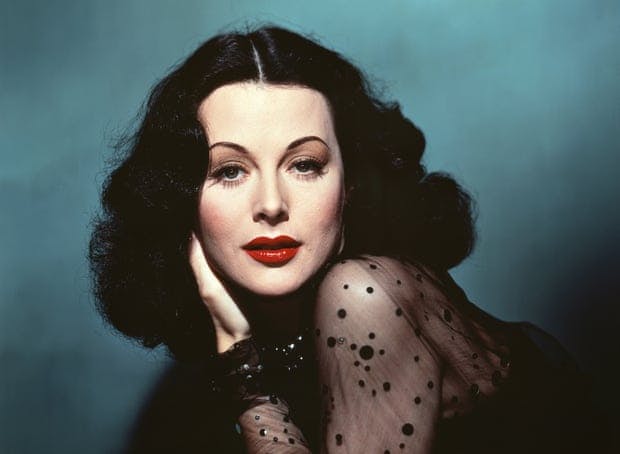 She was one of Hollywood’s most beautiful actresses of her time. So beautiful in fact, that people couldn’t believe she was also an inventor who made some groundbreaking discoveries!
The story of Hedy Lamarr is a truly remarkable one. The Austrian actress, who some considered as the most beautiful woman in the world, was also gifted with a brilliant mind. As part of her efforts to assist the Americans against Nazi Germany, Hedy discovered Frequency Hopping and invented a way to communicate without third party or enemy interferences. Her invention, unfortunately, was not utilized and even somewhat disrespected by the U.S navy. Only later on her technology became the foundation for today’s Wi-Fi, GPS, and Bluetooth.
She eventually received the recognition she deserved, but by then she lived in solitary and refused to leave her house. Despite being an incredible inventor, she was still more recognized by her beauty. If her face reminds you of Snow White, it’s because Hedy Lamarr was the inspiration for the beloved Disney figure.
As we celebrate Hedy’s 106th birthday today, we can only hope that her story will serve as inspiration to women in Austria and around the world.
Photo credit: Sunset Boulevard/Corbis via Getty Images
Tweet
Email this page to a friend. Email
Click here to visit previous post ← Previous Post Click here to visit next post Next Post →
From €25