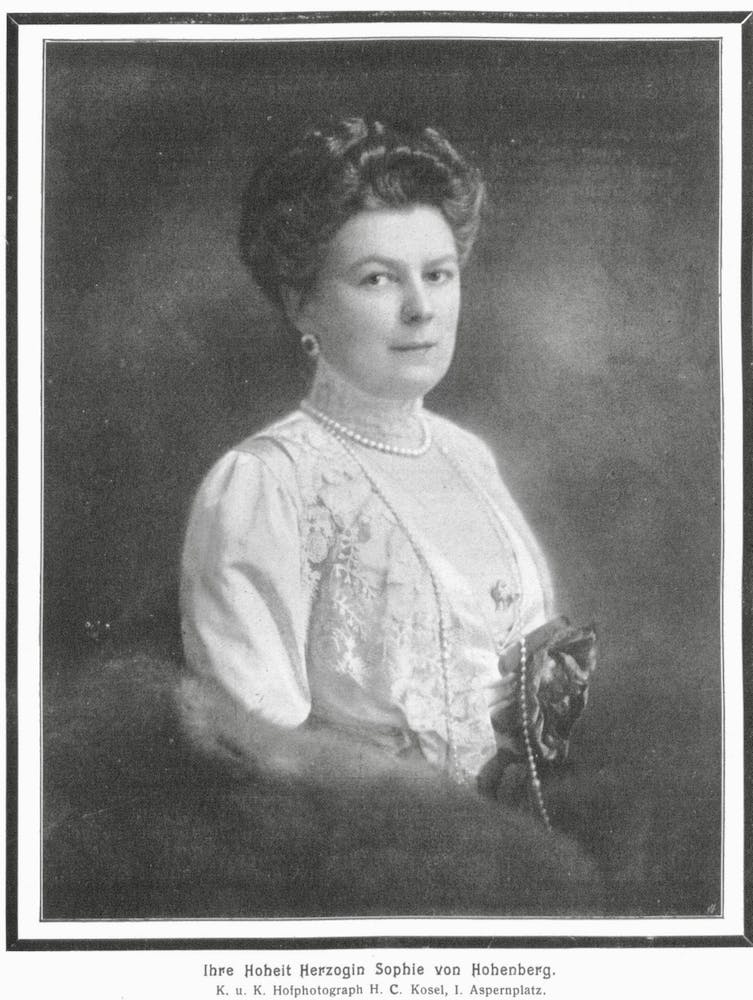 Many people are familiar with the story of the assassination of Archduke Franz Ferdinand, the heir to the Habsburg throne. But perhaps sometimes it is forgotten that he was not the only victim of that event. His wife Countess Sophie Chotek was also in the car. And who was she? Born in Stuttgart in 1868, her family was part of the aristocracy of Bohemia. It is not known exactly how they met, but their relationship had the opposition of the most important person in the empire: Franz Joseph. You see, although Sophie came from a noble family, the rank of her family was not, in the view of the emperor, at the same level as the royal family. The couple married nonetheless in 1900 and the only royals who attended the wedding were Franz Ferdinand’s stepmother, Archduchess Maria Theresa, and her daughters. And to make matter worst, harsh conditions were imposed on them: although Franz Ferdinand would still be eligible for the throne, Sophie could not become empress (she held the title of Duchess of Hohenberg) and their children would not have any claim to the throne. And this is only one example of the tense relationship between uncle and nephew. We are told that every time they would meet, they would end up shouting at each other and Franz Joseph would end the dispute with the phrase: “As long as I live, I rule!” (Cr) 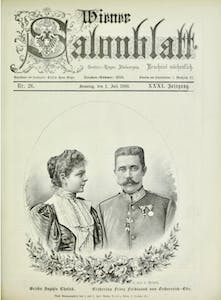