The story of the Kettenbrückengasse 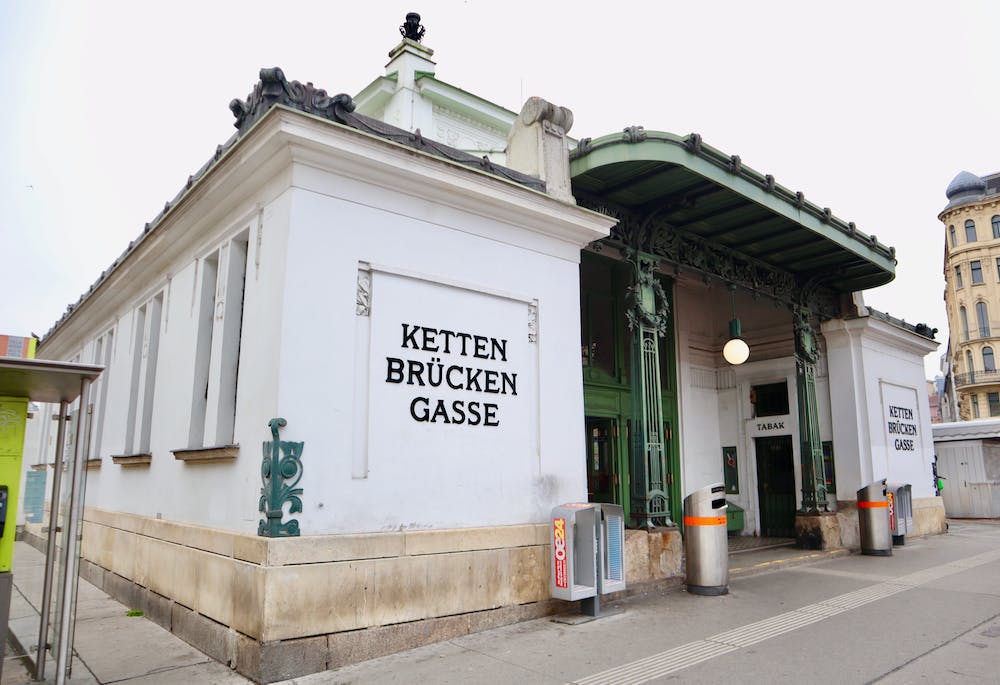 Perhaps many of our SV explorers are familiar with the Kettenbrückengasse metro station as this is the one that stops right next to the famous Naschmarkt. And most likely, many also know the Kettenbrückengasse that is one of the streets that marks the separation between the 4th and the 5th districts of Vienna. And if you understand some German you will recognize the words “chain” and “bridge” in this name. 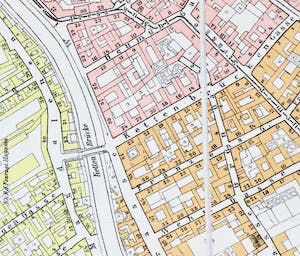 Why this name? You see, for most of its history the Vienna River was uncovered and, therefore, bridges were needed to unite different spots along it. In this specific area, there was a bridge of a special design known as, you guessed it, a “chain bridge”. Initially known as Kettenbrücke and later renamed Rudolfsbrücke, this bridge was built in 1828-1830 and became the third chain bridge in Vienna.  It had a more or less short life as in the 1890s work started for the vaulting of the Vienna River as part of the construction of Otto Wagner’s Stadtbahn project. 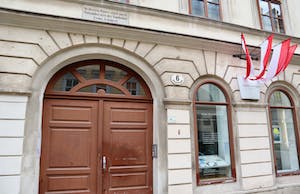 But the Kettenbrückengasse got its name well before its name giver disappeared, namely in 1862 and that is what still remains today.  Taking you from the Rechte Wienzeile to the Margaretenstrasse, the Kettenbrückengasse is a vibrant street full of diverse shops. And with the Naschmarkt next to it, living in this area would not be such a bad idea!

And in case you want to know more about the Kettenbrückengasse and in particular the Naschamarkt, we got you covered! (Cr) 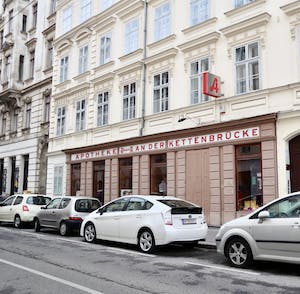