Bridge over the River Danube 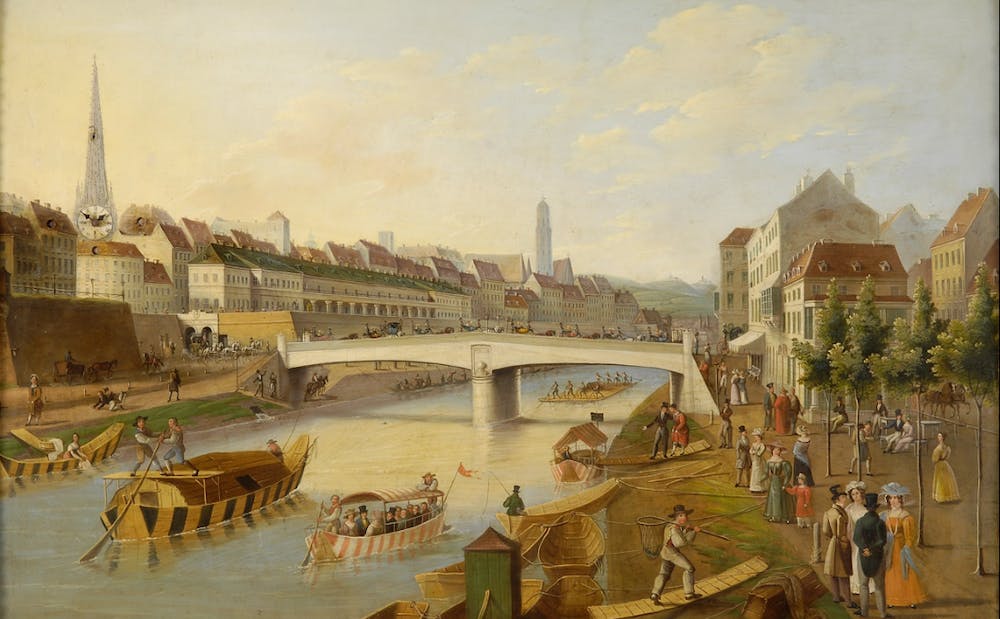 Bridges have long been important features of Vienna as they have functioned as connections between the various parts of the city located alongside the Danube. Today, of course, the river is regulated and the bridges are standard features transporting thousands of commuters to and from the city every day. But this hasnt always been the case; the rivers of Vienna were once much wilder, and the bridge more subject to the whims of people and nature. One of the earliest bridges was known as the Schlagbrücke, which actually should have been the Schlachtbrücke as it was the place where cattle were slaughtered before being sold at the markets in the city.

Today this bridge is known as the Schwedenbrücke as it connects Schwedenplatz with the 2nd district on the other side of the Danube canal. But well before this, there was a wooden bridge more or less in this spot, which is mentioned first in archival sources in 1368 – and this wooden bridge was for centuries (until 1782) the only permanent connection across the river. That doesn’t mean the bridge didn’t change though. In fact, it was often damaged or destroyed in floods and had to be constantly rebuilt. Only later, in 1819, was the bridge replaced with a sturdier stone bridge, which was named Ferdinandbrücke in honor of Kaiser Ferdinand I while he was still crown prince. In fact, Schwedenplatz was also named after this same crown prince and was known as Ferdinandplatz…until 1919 when it was named after the Swedes as a sign of appreciation for the humanitarian aid they provided to Viennese children during WWI!