Royal Inbreeding and the Habsburg Jaw 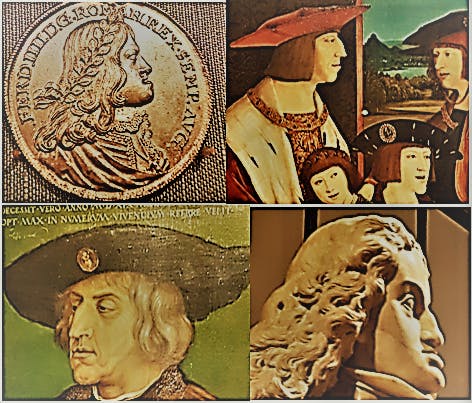 (Interested in the Habsburgs and Vienna? Don’t miss our tours: Vienna Behind the Scenes, Medieval Vienna, Secrets in the Heart of Vienna, and more.  Also in German and other languages!)

The Habsburgs were known for many things, but their good looks was not one of them. If you take a walk through the Kunsthistorisches Museum, you may see many a conspicuously protruding jawbone, invariably in a painting or statue of one of the many Habsburgs depicted there. Although artists surely did their best to make these rulers look as presentable as possible, many of them seem to have felt some responsibility to at least nominally portray reality. And, in fact, the Habsburgs were famous for their distended chins, a characteristic made increasingly worse through generations of inbreeding; so famous are they for their prominent mandibles that even today this condition is colloquially known as ‘Habsburg jaw’ or ‘Austrian lip’. The general characteristics of this deformity are an extreme under bite with a jutting lower jaw, a thick lower lip, and an abnormally large tongue. Some of the more famous Habsburgs to display these traits were Maximillian I, Charles V, and Ferdinand I. But perhaps the most famous of all was Charles II of Spain.

Charles II was the last of the Spanish Habsburgs, the son of Philip IV of Spain and Mariana of Austria. The Habsburgs were famous for their strategic marriages, and Charles II was the culmination of this: his mother was a niece of his father, his grandmother was his aunt, and his great-grandmother was also his grandmother. In fact, all 8 of this great-grandparents were direct descendants of Joanna and Philip I of Castile, and Joanna appears in his family tree no less than 14 times! As a result, Charles II was born with several genetic disabilities, including his protruding jaw. His Habsburg jaw was so pronounced that he did not learn to speak until the age of 4, and even then could barely be understood. He also had difficulty chewing due to his large tongue, and frequently drooled. Unsurprisingly, Charles II was also impotent, though that did not prevent him from having two wives who tried in vain to give him an heir. The homogeneity of the Habsburg genetic pool was so extreme by this point that they had a higher rate of stillbirths than peasants in the Spanish countryside.  And ultimately, after 16 generations of inbreeding, Charles II was the end of the line – he died in 1700 just shy of his 39th birthday, and along with him died the Habsburg dynasty in Spain. (C.G.) 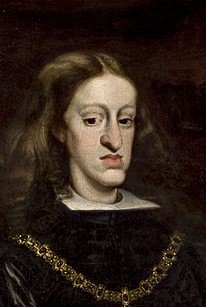