The story of the Amalienburg in the Hofburg 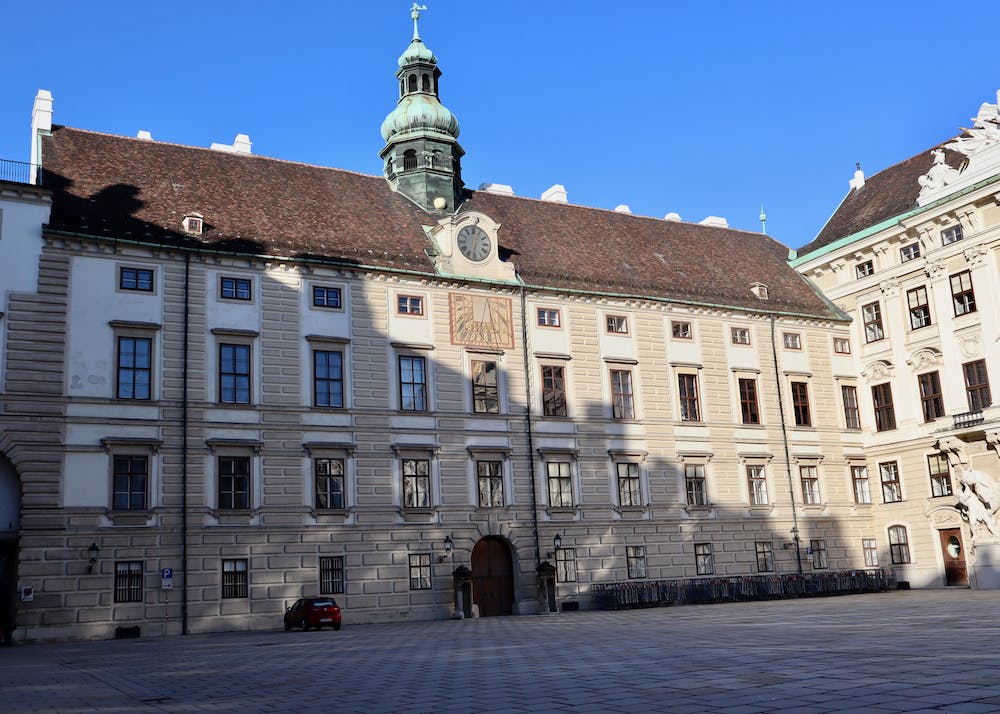 The Hofburg has a long history and every building that is part of it has a particular story. One of the buildings that is part of what we call the Hofburg is the Amalienburg, which is one of the four buildings that form the Burgplatz. Built in the 16th century, it is named after the empress Amalie Wilhelmine von Habsburg who used to live here after her husband Joseph I died in 1711. The façade of the building has two peculiar objects, namely two clocks: One mechanical and a sundial. The mechanical clock dates back to the second half of the 17th century and the sundial to the late 17th century. We don’t know much about any of these two clocks, except that the sundial was designed by the royal mathematician Johann Ulrich Harvolck who we are told died in 1700 at the age of 48 without getting paid for his work. It was his wife who had to ask for the money that was a total of 100 gulden: 80 gulden for her husband’s work and 20 gulden for the painter of the sundial. If you have been in the area perhaps you have missed the sundial. Next time, check it out and maybe you manage to guess the time without looking at the other clock! (Cr). 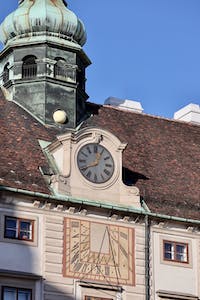