The story of Jungmann & Neffe

In several of our stories we have told you about businesses that have survived the 20th century. The mere fact that these businesses made it through this period must be considered a remarkable achievement. In many cases the world – literally – collapsed around them.

One such business that survived is the textile company Jungmann & Neffe. Founded in 1866 by Wilhelm Jungmann, years later he was joined by his nephew Wilhelm Dukes. In 1881 they received the K. u. K. title (suppliers to the royal house) and moved from the Salvatoregasse to the Albrechtsplatz. 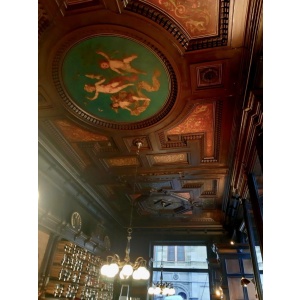 After Wilhelm Dukes died, the company was managed by his son Paul Dukes. Paul had converted from Judaism to Protestantism in 1915. This likely helped him to keep the business during the first months of 1938, while also deceiving the authorities about his real ancestry for a while. Eventually, he committed suicide in 1940. Facing the bankruptcy of the business, the family’s representative arranged for its sale in 1941 to Walter Suchy. Except for some broken windows, Jungmann & Neffe survived the bombing of March 1945. The bombing destroyed the Philipphof and left the Opera and the Albertina in ruins.

Today, entering Jungmann & Neffe is a bit like visiting the past. The interior design reminds one of the time when the Ringstraße was built. And only from the inside would one know that this used to be a K. u. K. business. There are no signs of this legacy on the façade. The company still sells high quality fabrics and is still family-owned as Suchy’s great-grandson manages the business today (Cr).

Based on “Wilhelm Jungmann & Neffe – 150 Years of a Viennese Company” by Georg Gaugusch. Published in the catalogue of the Jewish Museum exhibition “Buy From Jews! Story of a Viennese store culture” 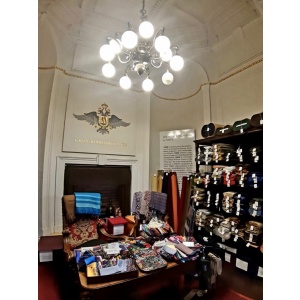 Make sure to check out our private tours, if you want to learn more about Vienna’s history. You can also find us on Instagram and on Facebook as well. There we post daily content about all things Vienna, upcoming events and adventures you shouldn’t miss out on.