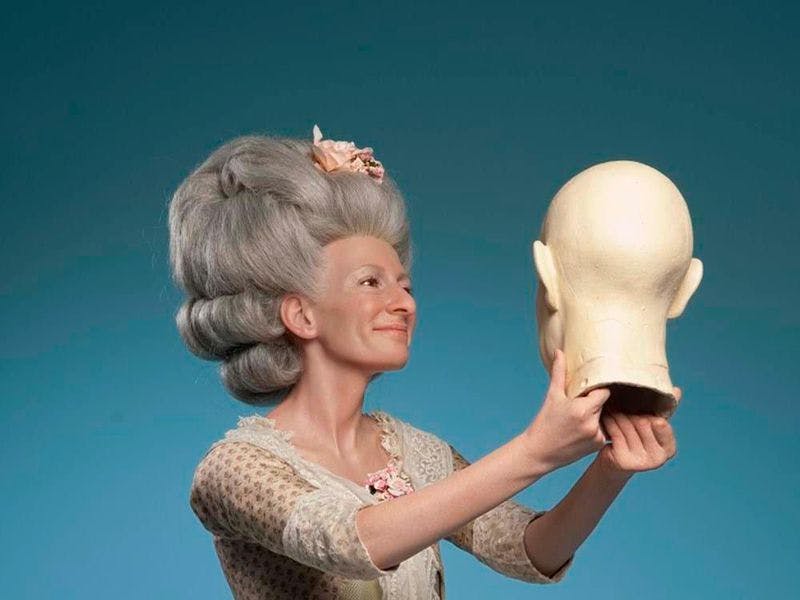 Have you visited the Madame Tussaud’s museum in Vienna already? Well, in any case, after reading this story you can visit it knowing who Madame Tussaud actually was. 🙂
Born in Strasbourg, France on the 1st of December, 1761, Marie Grosholtz (later Tussaud) was raised by her hard working single mother. Her father, Joseph Grosholtz, was killed during the Seven Years War, just two months before she was born. After spending her early childhood in her hometown, the family moved to Switzerland in order for her mother to work as a housekeeper for a doctor and talented wax artist- Philippe Curtius.
Meeting doctor Curtius changed Marie’s life. Curtius, who deserves a post of his own, began by using his wax modelling skills to create models of anatomy. As his skills improved, he began creating portraits and at the peak of his work he created a model of king Louis XV’s last mistress, Madame du Barry (it’s the oldest wax model currently on display). Upon deciding to move to Paris, Marie and her mother decided to join him. Curtius experienced great success in the French capital and even had several exhibitions of his work. Being fond of young Marie, he taught her the secrets of the craft. Marie showed promising talent for the technique and began working for him as an artist. In 1777 she created her first wax figure, the figure of Voltaire.
Picture source: Smithsonian magazine
A picture of Marie’s wax model in Berlin.
In the picture she is sculpting the head of Benjamin Franklin.
Tweet
Email this page to a friend. Email
Click here to visit previous post ← Previous Post Click here to visit next post Next Post →
From €25