The story of Theophil Hansen in Vienna 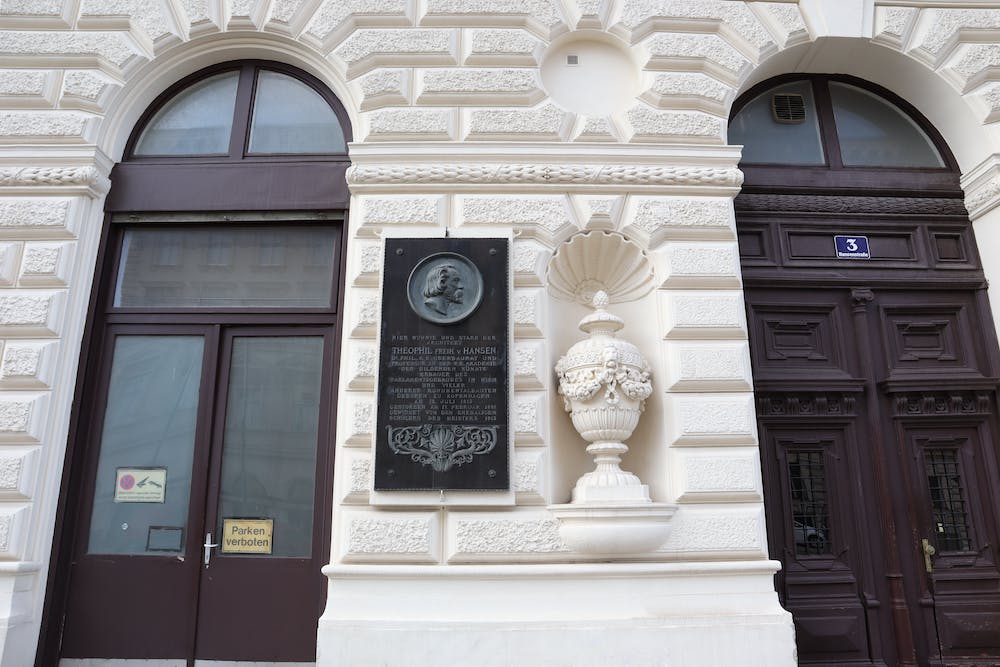 Many famous architects have left their mark in Vienna: the Fischer von Erlach (father and son), the inseparable duo August Sicard von Sicardsburg & Eduard van der Nüll, Otto Wagner, Adolf Loos, Erich Boltenstern, Friedensreich Hundertwasser, Hans Hollein, and many others. There is one architect in particular that has left several marks in the city: Theophil von Hansen. Born in Copenhagen in 1813 Hansen moved to Vienna in 1846. His first job here was with future father-in-law Ludwig Förster that led to the construction of the Arsenal, which today hosts the Museum of Military History. Eventually Hansen moved to build many of the Ringstraße’s buldings that we admire to this day: Musikverein, Palais Epstein, Palais Ephrussi, die Börse, Academy of Fine Arts, and perhaps the most important the Parliament. 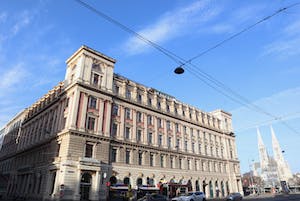 He was also the architect of one of the first buildings of the Ringstraße, namely the Heinrichhof. Located right in front of the Opera, and finished before it, the Heinrichof served as the example to follow for many buildings on the Ringstraße. Unfortunately, this building was hit in March 1945 and eventually it was replaced by the Opernringhof… arguably not a fair exchange. 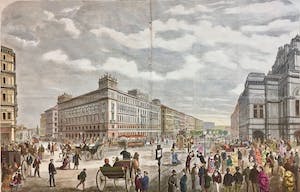 Hansen received the title of “Freiherr” in 1883 and passed away in Vienna on February 17, 1891. But Hansen is very alive in the city not only in the form of his many buildings. If you want to see him “personally”, you can visit his street: the Hansenstrasse where you will find a commemorative plaque. There is also a bust of him just right next to the parliament’s main gate and another commemorative plaque is to be found inside the Börse. Hansen is definitely one of those individuals that will be hardly forgotten! (Cr). 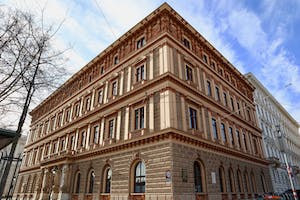