The story of old walls at the Hofburg 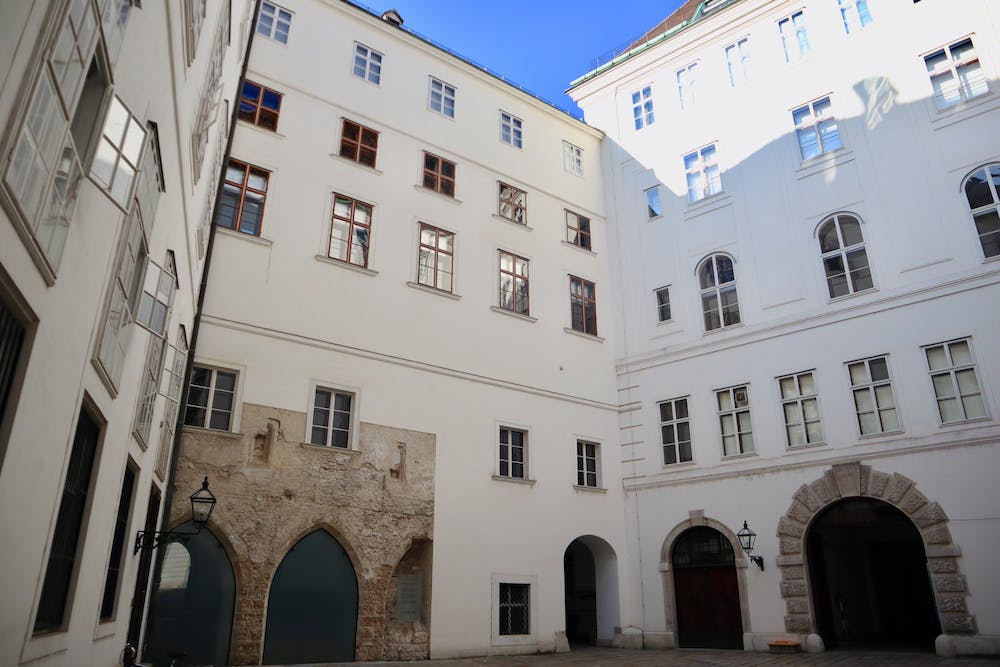 The Hofburg in Vienna is an interesting place. One can literally tell the history of the Habsburg empire by walking through it. Starting with the Babenberger family and the beginning of the construction of what is known as the Schweizerhof, continuing through to Josefsplatz talking about the reforms implemented by Josef II, and reaching the Neue Burg to talk about the collapse of the Habsburg empire. Even though this is such an old place and one would assume everything to discover about it was already discovered, many aspects of it remain unknown, and other details have only recently come to light. An example of the latter is a “discovery” made in 2011. During refurbishments in a courtyard next to the former royal and imperial library, remains of an old wall were found, which were part of the Augustinerkirche. 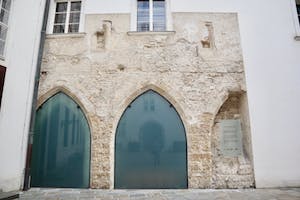 This structure dates back to the 14th century and after being refurbished it is now visible for those who can find it. Perhaps next time that you are in the area – and the gate is open – you can sneak in to admire this piece of history! (Cr). 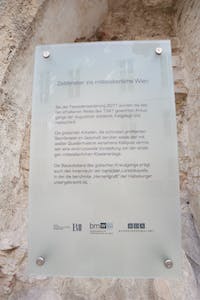