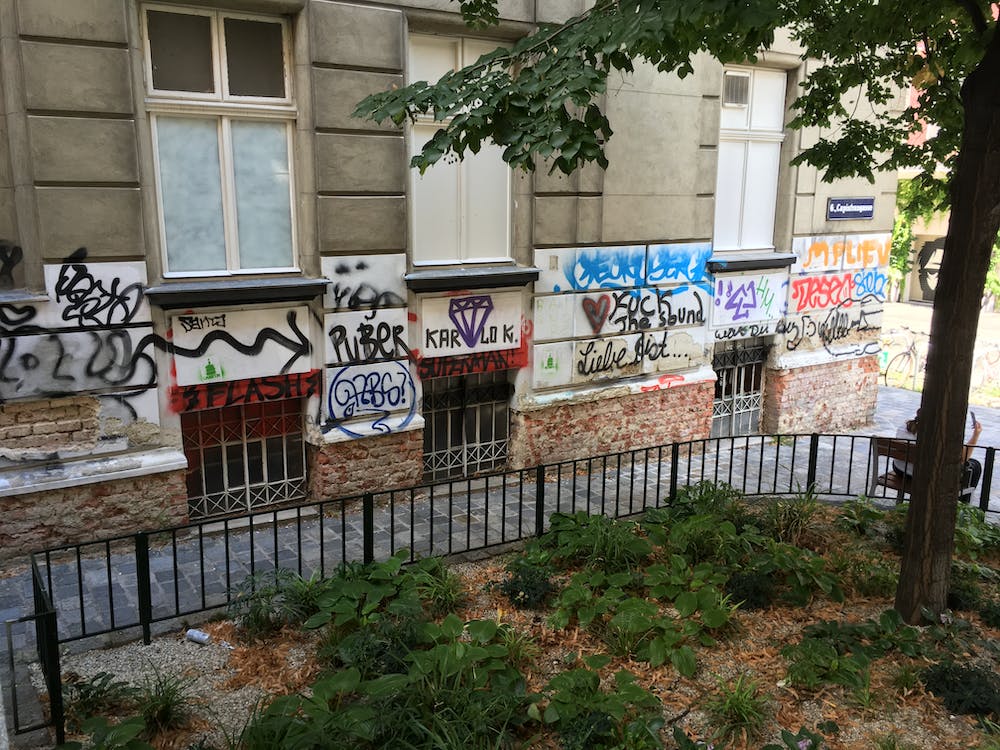 If you were around in Vienna in 2013, you surely remember Puber – he wrote his name all over Vienna, spraying hundreds of tags onto just as many walls and buildings. There was almost no place you could go in the city without seeing his tag. And, perhaps the greatest offense for some Viennese, his tag didn’t even have any style! It was simply PUBER, written in block letters, on seemingly every building in the city. But who was Puber and what became of him?

The great Vienna vandal turned out to be from Switzerland, where he had first sprayed tags all over Zurich, earning him the disdain of the local population. He later moved to Vienna, where he continued his tagging, and slowly earned the ire and contempt of the Viennese as well. Some have even called him the most hated man in Vienna! He was ultimately arrested in Vienna in 2014, and charged with 232 cases of vandalism. This resulted in a short prison sentence and a 50,000 EUR fine. In the wake of this, he has tried to rebrand himself as an artist by putting on a gallery show in 2016. Nonetheless, you can still see the occasional PUBER tag around Vienna today – so either the original Puber is up to his old tricks, or there are some copycats around. It should also be noted that Puber is merely one in a long tradition of tagging in Vienna, but that is a story for next time… (C.G)