The story of Franz Wertheim 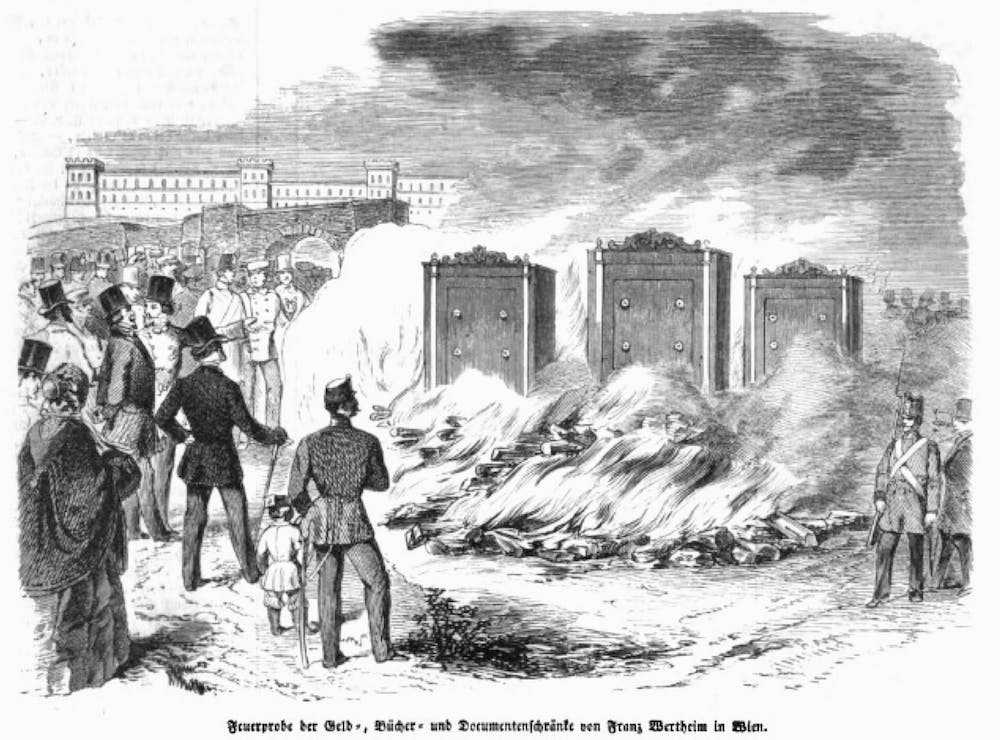 Have you ever heard of Franz Wertheim? Perhaps a name that few people are familiar with but he was famous a long time ago. Born in Krems in 1814, he made a career as a tool maker and he even won prizes with his products. One day in 1848, during the days of the revolution, he went back home only to see that there had been a break-in and 600 gulden had been stolen. As the good tool maker and businessman that he was, he decided to do something about it and, after obtaining the rights of a patent in England, he started selling not only a burglar-proof and fireproof safe to protect money, but people could also use it to protect books and important documents. In order to demonstrate the endurance of his products he conducted a live test by literally setting the safes on fire. According to a news article from 1853, during this event the safes contained bank notes, gold and silver coins and watches, and also documents. We are told the safes burned for hours and eventually they were opened and inspected. Of course, all the contents were fine and the audience was delighted! In 1869, to celebrate the sale of his 20,000th safe, Josef Strauss composed the Polka “Feuerfest” (Fireproof) for him. Franz Wertheim became part of the Habsburg nobility in 1871 and was one of those people who could afford to buy a home on the Ringstrasse (built in 1864-1868 at today’s Schwarzenbergplatz 17), which was built by Henrich Ferstel (the architect of the Palais Ferstel). He died in 1883 and the company he founded, Wertheim, is still around and selling, among other things, safes! (Cr.) 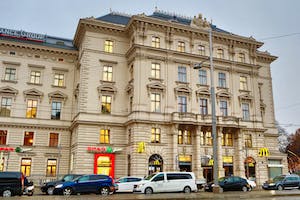