The heights of the Höhenstrasse 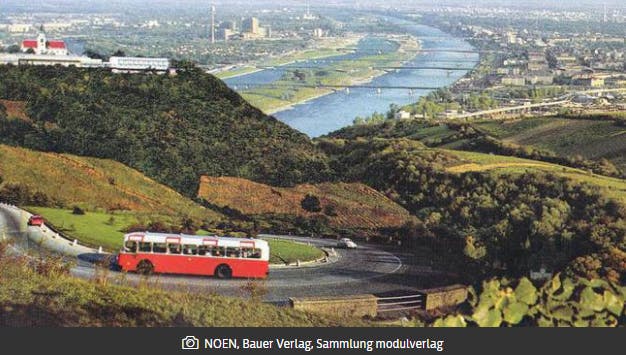 Driving into or from Vienna might take you over the Höhenstrasse, a long and winding road that connects Neustift am Walde with Grinzing, and ultimately Klosterneuburg. It is probably one of Vienna’s more well-known roads, and with good reason. Not only is it an important connector, it also offers some of the nicest views of the cities – and this is exaclty as intended. You see, the road was first conceived of as a scenic route along a 1905 plan to build a ‘green belt’ around the city to serve as a recuperation space for the urban populations. This was never realized, but the plans for a scenic road up into the hills overlooking Vienna were revived in the 1930s as part of a program to fight unemployment in the city. As a result, the road was built largely with primitive technologies, few machines, and as many laborers as possible – this would amount to 74 different companies and over 600 workers. Today, with its nearly 15 kilometers of cobblestones, it remains one of Vienna’s most scenic and romantic routes!