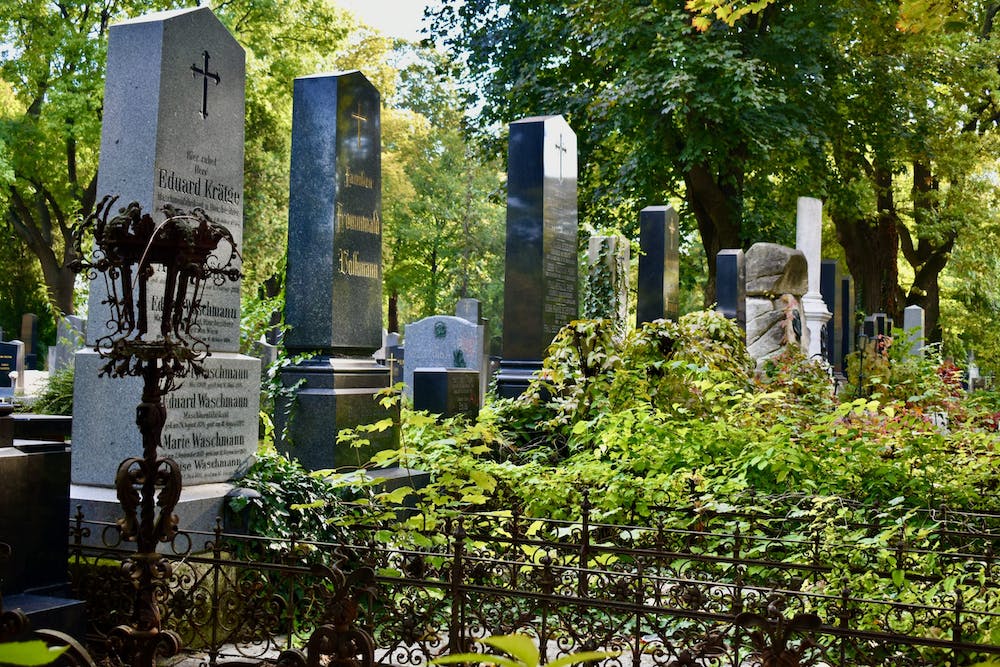 “A schöne Leich”, Vienna’s obsession with death and funerals

It’s no secret that Vienna has a very special obsession with death and rituals that circle around it. If you study the Viennese dialect you will soon notice that we have quite a few words dedicated to death and everything mysterious.

Today we would like to introduce you to the word “Pompfüneberer” or “Bumpfinebara” – a uniformed mortician.

The word originates from the French “pompe funèbre”, meaning a simple mortician. Vienna has unarguably a deeper connection to the word than any other city or culture. The Bumpfinebara is always male and dressed in black, though his clothing is never shiny nor  new but worn down. You will never find him with a smile tugging on his lips, his frown will never fade.

Not only is the Bumpfinebara an important part of funerals but also the saying “a schöne Leich”, translating to “a beautiful corpse” will be found in our parlance. “A schöne Leich” describes Vienna’s obsession with celebrating funerals in the most classy and pompous ways.

When the coffin of the last empress Zita was brought up to the entrance of the Kapuzinergruft the master of ceremonies knocked on the door and had to answer to the question “who wants to enter?” He replied with “Her majesty, the empress of Austria and queen of Hungary,” followed by all her titles. The pater behind the door called out to him “I don’t know her.” So, then the master of the ceremony had to answer the first question again, this time he said “Zita, her majesty, empress and queen.” He got the same reply as last time. The ritual found its end with one last round of the same question “who wants to enter?” to which the ceremonial master replied with “Zita, a mortal, a sinner” and the coffin could finally enter the crypt. 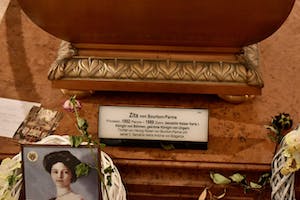 The Kapuzinergruft is without a doubt worth a visit, being able to admire caskets from emperors and empresses certainly has a peculiar feeling to it. Every casket tells its own story, beginning from its design to the body laid to rest in it. No matter the age, the Kapuzinergruft will capture every visitor’s imagination.

You can find more information about it here: https://www.kapuzinergruft.com/

The Secrets of the Central Cemetery

Vienna’s central cemetery is unlike any cemetery you’ve visited before! Its enormous size, beautiful tombstones and endless secrets make it a place you don’t want to miss! Join us as we revive long forgotten…