The story of the Neue Burg 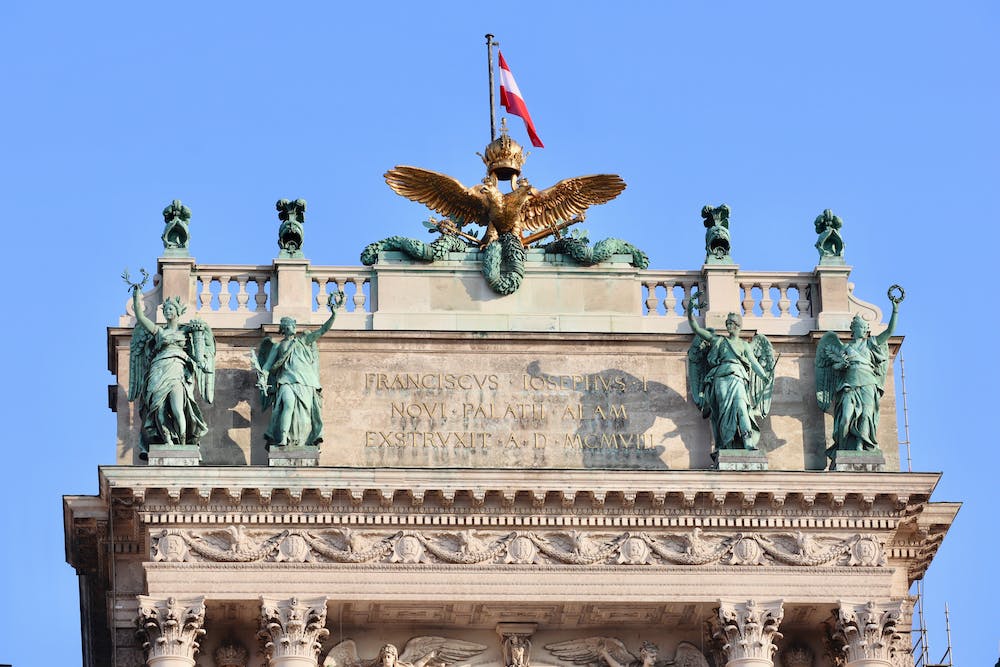 The Neue Burg… it does not matter from which direction you come to the Heldenplatz, the Neue Burg is an imposing building that was supposed to expand the living space of the imperial family and now hosts the national library and two museums. It was built between 1880 and the fall of the Habsburg empire… yes, a long time!

One part of the Neue Burg that most likely has been photographed many times is the top of the middle of the building facing the Heldenplatz where one can see the double-headed eagle holding the imperial crown that represents the one wore by Rudolf II for the first time. And flanked by Victorias holding laurel wreaths one can find the text:

Except for the emperor’s name, the words “Neue Burg”, and the year 1908, we can’t really figure out what this means! (Cr).