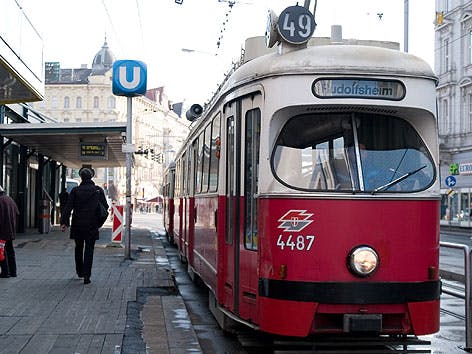 Have you ever heard the Viennese refer to the tram, or Strassenbahn, as a “bim” and wondered what they were on about? Why would a tram be called a bim, which sounds nothing like ‘strassenbahn? Where does this strange name come from? Well in fact, back in the very early days of the tram when it was still drawn by horses as well as the early days of electrical trams in the late 19th and early 20th centuries, the typical name for this type of transport in Viennese was ‘tramway’. As such, the horsedrawn trams were known as ‘Pferdetramway’. Over the years the use of the expression tramway decreased, though its unclear why – today it is much more associated with Germany than it is with Austria. Instead, in Vienna, the term ‘strassenbahn’ became standard. However, somewhere around the 1970s a new term started to crop up, especially among the Viennese youth; ‘bim’ becamse the new slang term for the strassenbahn. It is not known exactly where this came from, but one of the most common theories is that it refers to the bim-bim-bim-like noise the tram makes when it is ringing its bell to warn pedestrians or cars to get out of the way. Whether this is really where it comes from remains a mystery, but it is clear that the term ‘bim’ is here to stay!