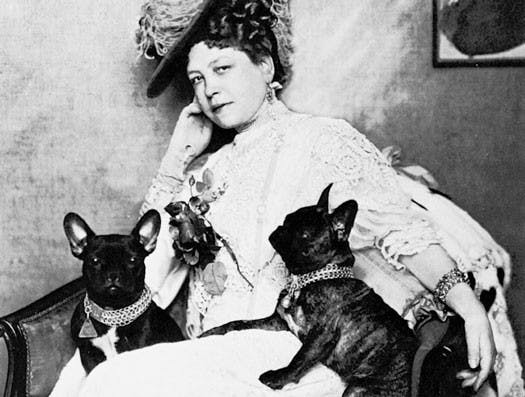 No matter if you’re from Vienna or if you plan to visit our city, you will stumble upon the name Sacher. This article will tell you more about Anna Sacher, the hotel owner that lived from 1859 till 1930.

Anna grew up in Vienna’s 2nd district, in 1880 she married Eduard Sacher. The couple had three children, Eduard junior, Anna and Franziska. Almost immediately after marrying Eduard, Anna became part of the enterprise. Eduard’s hotel was called l’Opera back then. As her husband died in 1892, Anna took it upon herself to keep the hotel running – which was an astonishing thing to do for a woman in the 19th century.

Within a few years, the hotel became the place to be for upper-class circles. Before the 1st World War started, the hotel was internationally known, attracting artists, politicians, and travellers from all over the world. Just like her husband, Anna became a ‘k.u.k. Hoflieferant’, meaning that she supplied the Habsburgs with her dishes.

Without a doubt, Anna was an admirable woman. Her imagine was shaped by her love for cigars and her two french bulldogs, who would always keep her company. Her demeanour, her skills and her dedication to her business made the Sacher world famous.

But the beginning of the 1st World War also meant that the Sacher no longer flourished, due to the nearing end of the monarchy. It took till 1929 for Anna to step back, she died in 1930 in one of the Sacher’s hotel rooms. The Sacher became bankrupt till the lawyer Hans Gürtler and the couple Siller absorbed the company Sacher.

Today Anna is still well known in Vienna, movies and books tell her story, awed by the woman’s strength to take over a business all by herself in uneasy times like these.