The Yearly Markets of Old 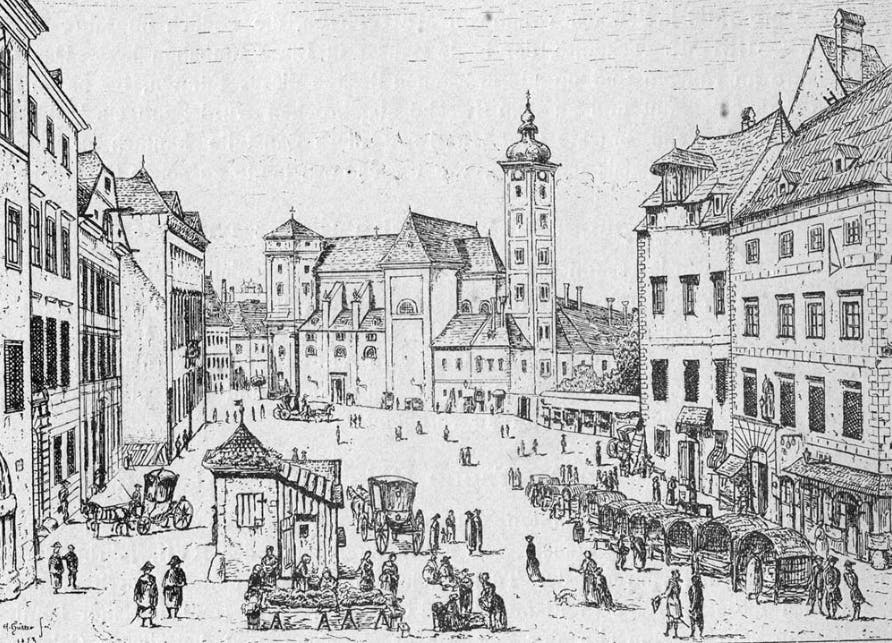 Did you visit the Christmas markets in the past weeks? Vienna is of course well-known for them, and people come from all over the world at this particular time of year to visit them. But way before these markets established themselves as an annual winter tradition, there were other ‘yearly’ (as opposed to daily or weekly) markets in the city. Daily markets generally served the daily needs to city dwellers, while weekly markets that took place just once a week offered goods from the surrounding region. Yearly markets, on the other hand, took place only once or twice a year and specialized in foreign goods that were otherwise not available. These markets usually lasted about 2 weeks and was the only time during the year that various import restrictions and tariffs were relaxed or suspended in order to encourage foreign merchants to take part – with the exception of wine that is! The Viennese might occasionally allow foreign competition, but they don’t play around when it comes to their wine. In the 13th century, the Jahrmarkt (yearly market) was held in February and July, each lasting for 2 weeks. In the 14th century the dates changed to 5 weeks after Easter and the end of November, and the duration extended to 4 weeks for each market. This shifted around a few more times, before the markets were officially abolished in 1872 by which time commerce had moved into entirely new directions. Nonetheless, Vienna’s modern Christmas markets roughly correspond to the medieval Jahrmarkt held toward the end of the year, bringing with it people from near and far just like today!