Nymphs of the Night: Vienna’s Grabennymphe 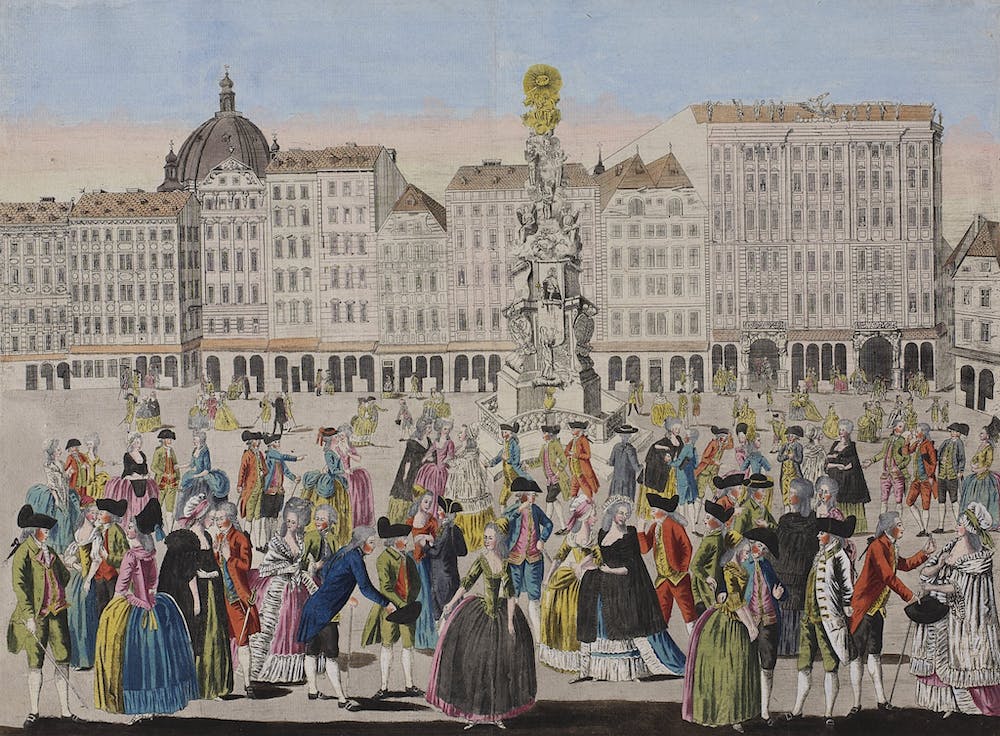 A few days ago we gave you a brief overview of prostitution in Vienna, and some of the many euphemisms that have sprung up around a profession that has often been seen as taboo. But one of the most indelible re-brandings is surely the Grabennymph – the nymphs of the Graben, otherwise known as women of night who could regularly be found promenading along the Graben in the hopes of making some money. Although there was a crackdown under Maria Theresia, many women openly flouted the chastity laws she introduced, and could be found out in the usual locations along the Graben even under her reign.

One of the most famous depictions of this comes from Hieronymous Löschenkohl, a German artist who settled in Vienna, and lived for some 30 years in the Kohlmarkt, a street directly adjacent to the Graben. He surely would have been well-acquainted with the social scene on the Graben, and in 1784 produced a drawing entitled “ Abends am Graben oder Der Schnepfen-Strich” (Evenings on the Graben, or the bird line) depicting the suggestive goings-on of the Graben. At first glance it may look like an ordinary street scene, but the flushed faces tell another story! (C.G.)