The story of Knize 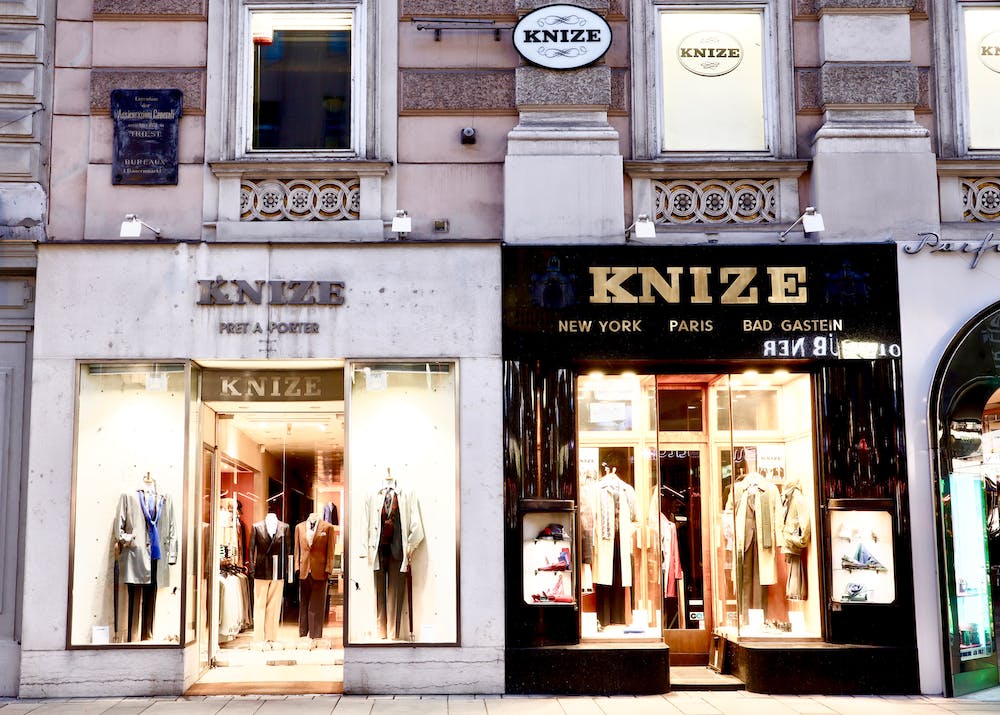 Some time ago we told you the story of the famous Viennese shoemaker Scheer.  Now we turn our sartorial curiosity towards Knize, Vienna’s  arguably most renowned men outfitter. Kniže was founded in 1858 by the Bohemian tailor Josef Kniže (pronounced “Knische”). At the beginning he specialized in making sports and equestrian clothing. The output extended in time and in 1888 they received the coveted title of “k. u. k. Hof-Schneider (Imperial and Royal Cutter) becoming purveyor for the Habsburgs. During 1910-1913, the famous architect Adolf Loos designed the current premises at Graben 13 which remain almost unchanged to this day. Behind the narrow shopfront and ground floor counter, a curved cherrywood staircase leads up to a much larger sales and consultation floor above, which extends over the neighboring shops. The intention of Loos was to create something of the atmosphere of an English gentlemen’s club, in furniture as well as architecture, which reflects the vision of the outfitter. It was Loos who designed Knize’s shops in Karlsbad (1921), Berlin (1924) and in Paris (1928) as well. A Knize shop was opened in New York City at 56th street in 1941, after the owners from the period fled Vienna. Now only the Vienna shop exists and there is another one in Prague.

It was in 1925 when Knize decided to create the first perfume dedicated to men. “Knize Ten” is said to have a classic and a unique scent and it is considered to be one of the best leather compositions in the history of perfume. As some people can write a book about what they taste in a sip of wine, others get their imaginations on fire after smelling a puff of perfume. Below one description of the many scents of this famous perfume:

“This extremely masculine fragrance contains notes of leather, tar, citruses and flowers. The top notes are citric and fresh with petit grain, orange, lemon, rosemary and bergamot. The heart is the woody with cedar, patchouli and sandalwood, and floral – spicy with rose, iris, carnation, cinnamon and clove, while the leather base contains castor oil, ambergris, musk and moss.”

The nose of this SV explorer is not so trained. Also, the wallet is not so kind to allow extravagant sartorial experiences. But as good stories come for free, Graben 13 is definitely a place to visit (Ra)