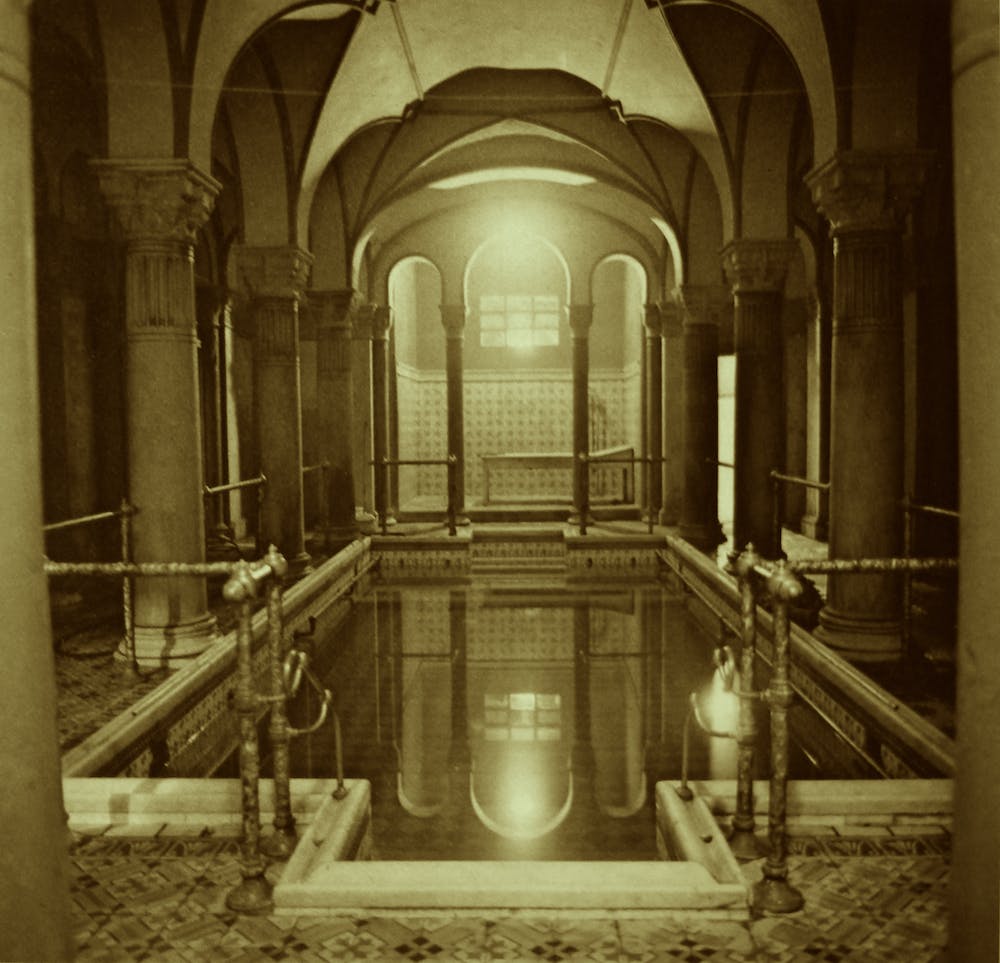 Public pools and saunas are an indelible part of the Viennese cultural landscape; be it summer or winter, the Viennese love a good soak and a steamy sweat. Its a tradition that stretches back over the centuries, and was of particular importance in the days before people had running water and baths in their homes. In fact, Vienna historically had a number of bath houses in the city center, though the spread of plague and syphillis led to a decline in Viennese bathing cutlure in the 15th and 16th centuries.

One hallmark of the city’s bathing culture that continues to harken back to this part of the past can be found at Weihburggasse 18-20. An impressive building with two large semi-clad male torsos overlooking the entrance, this was once considered one of the finest baths in the world. Opened in 1889, it was known as the Zentralbad (Central Bath), and was conceived of as a wellness institutions from its very inception rather than pools for swimming or sport. Built in what was known as an ‘oriental-moorish’ style, the various pools, saunas, and lounges spread over several floors in what was said to be “the most substantial, elegant and complete bath in the world’. It was frequented by the elites of Europe, including Archduke Ludwig Viktor, the younger brother of Emperor Franz Josef, and Eduard, Prince of Wales. For much of itds history, the baths also included a separate section for female bathers, though since renovations in the 1970s it has ceased to be open to female visitors and continues to be run as a male-only sauna. As you may guess, it has several more secrets and stories to be told, but they will have to wait until another time!