Banker on the Edge 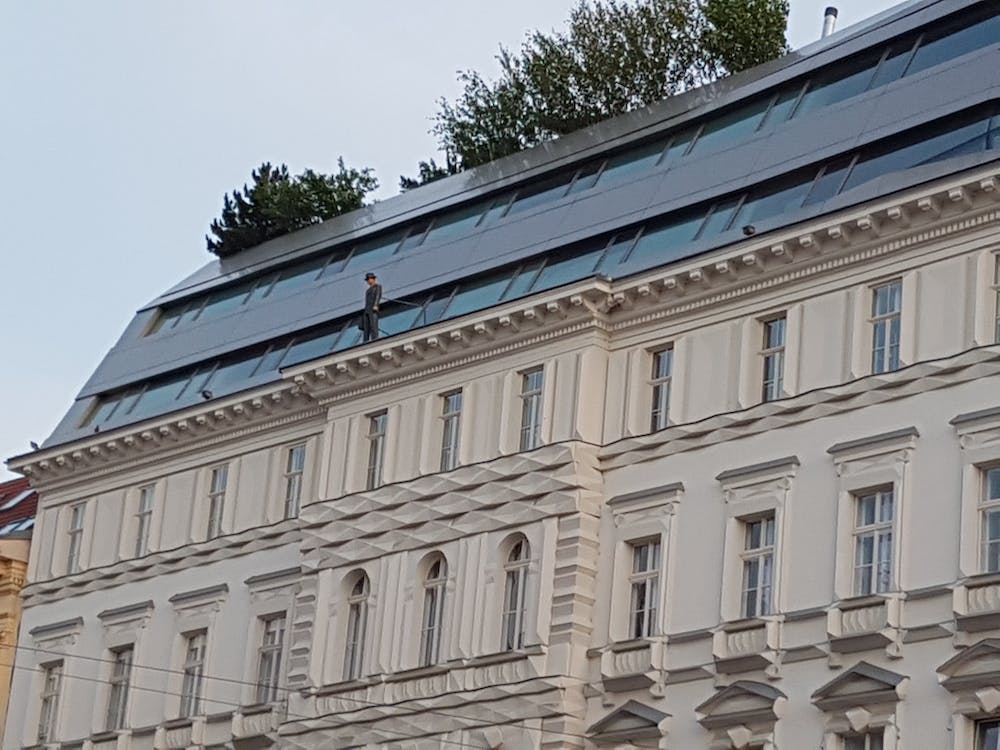 Walking along Getreidemarkt just before reaching Babenbergerstrasse you may happen to glance up towards the sky only to start with a shock at what you see: a sharply dressed man in a suit holding a briefcase about to plummet from the roof of the building. And if driving, better not to look up at all, lest it result in an accident! Though this apparent suicide attempt may cause you immediate concern, a second look will confirm that it’s not real. In fact, it is a sculpture by Roland Kodritsch meant to pose key questions about capitalism and the mechanisms through which capitalism intrudes into our lives. More concretely, the sculpture asks the viewer to question not only the ways in which capitalism exploits us but also the ways in which we exploit ourselves. Fittingly, the scultpture was erected in 2009 as both a representation and critique of the financial crisis that was in full swing at the time. Meant as a temporary 1-year exhibit that would motivate the Viennese population to scrutinize the circumstances that led to and consequences arising from the financial crisis, the somewhat controversial banker marching off the building to his death can still be seen today, a full 10 years later!