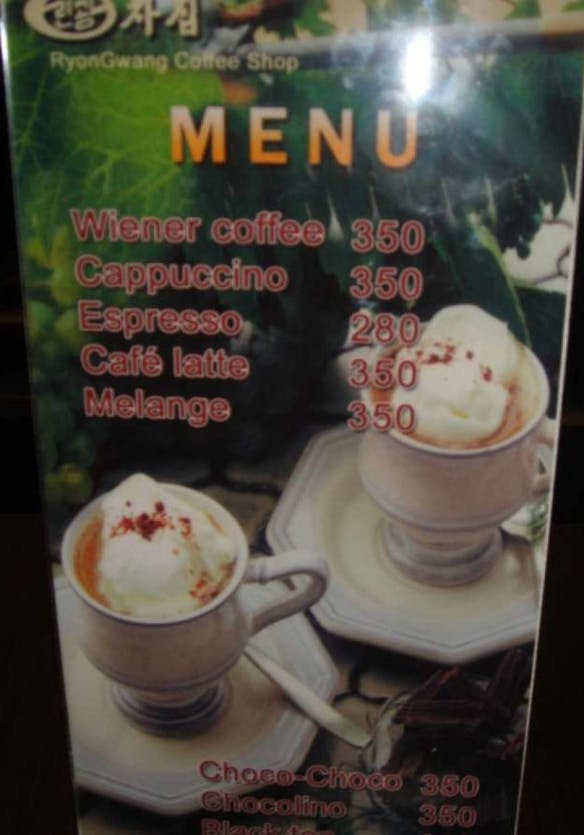 We all know and love the coffee culture in Vienna – turns out, so does Pyongyang! Though the country is notoriously tight-lipped about activities within its borders, apparently a Viennese coffee shop has been in operation in the heart of Pyongyang, right on Kim Il Sung Square. This joint-venture project, initiated by Viennese entrepreneur Helmut Brammen in concert with famous Austrian roaster Helmut Sachers, is situated inside the Museum of Korean History – certainly unusual for a famously Communist country, but not the first international establishment in Pyongyang. There are also some pizzerias, a Swiss café, and shops selling imported goods.

None of this is affordable for the average North Korean though; only the elites and the international community of Pyongyang can pay the kinds of prices demanded for such luxuries.  In the Viennese café, which bears the decidedly un-Viennese name of RyonGwang Coffee Shop, everything including the sugar packets is imported from Austria. A standard mélange costs 2 euros…which sounds like a bargain in Vienna, but is the equivalent of a month’s salary for the average North Korean! (C.G.)