The story of the “Heumühle” 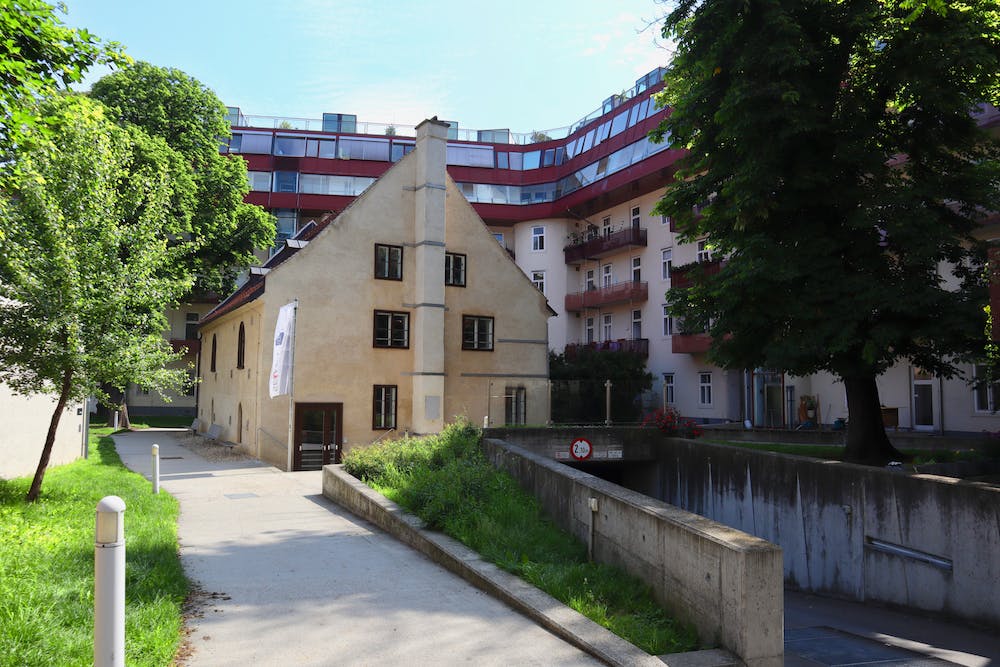 A bit hidden in the district of Wieden (Vienna’s fourth district), between the well-known Kettenbrückengasse and the perhaps less-known Heumühlgasse, you will find a small house. At first sight it may not look like anything special, but if you pay attention you may wonder what the deal is with this small house surrounded by buildings with a totally different architecture. The area of today’s Naschmarkt sits on the Vienna river that now is mostly covered, but that can still be seen along the U4 metro line. In the old days, the Vienna river had a couple of arms, including the Mühlbach (literary the “creek mill”), and along the Mühlbach there were several watermills. One of these watermills was the “Heumühle” (literally the “hay mill”) that is also the name giver of the Heumühlgasse. The story of this watermill goes back to the 14th century, then it burned down in the 1520s, was rebuilt within the same century, and has seen many ups and downs since then. Surprisingly, the Heumühle still exists and this is the small house we referred to at the beginning. And, according to several sources, this makes the Heumühle one of the oldest buildings in the city of Vienna, and perhaps the oldest building if one does not include churches or the Hofburg. So, next time you are in the area you may want to go to the Grüngasse from where you have a frontal view of this incredibly old building! (Cr). 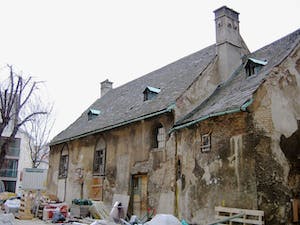