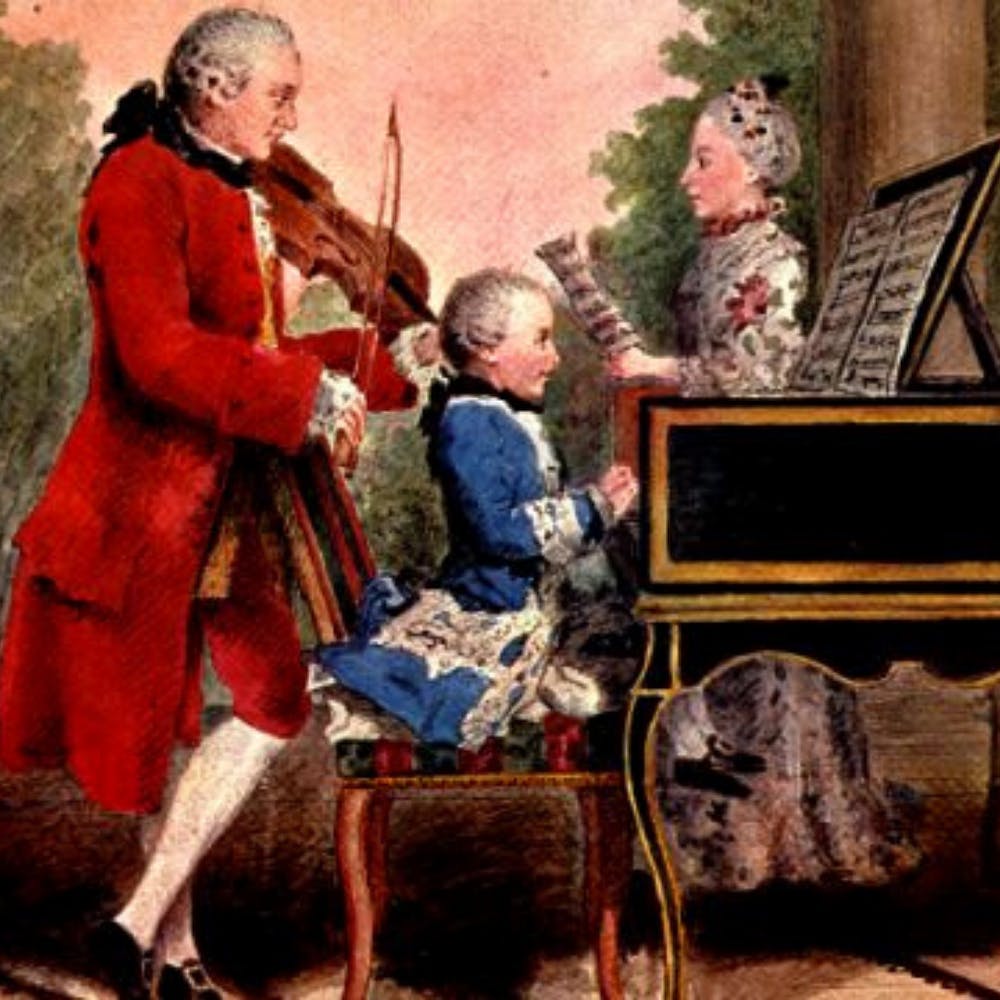 Few days ago, on the 14th of November, we celebrated Mozart’s birthday!
No, it wasn’t the birthday Wolfgang Amadeus Mozart that we celebrated, but his father- Leopold Mozart. If you are a hardcore Mozart fan, we would understand if you are having some mixed feelings about this. After all, Leopold Mozart was not only young Wolfi’s “creator” but also, to some extent, his tormentor.
Leopold Mozart was destined to priesthood, but his true love was music. He spent his early years in his home town of Augsburg and later moved to Salzburg to pursue higher education. Following the death of his father, he could finally pursue music more freely and later on was hired by Count Leopold Anton von Firmian to serve as a violinist and a court musician. Despite being a decent composer, his career never truly took off and so his hopes were placed on the shoulders of his two surviving children, in particular Wolfgang.
The relationship between the two was full of ups and downs. Their first tour in Germany, France and England was a great success and brought them closer together. The disastrous second large tour in Germany and France and the death of Wolfgang’s mother, brought great bitterness and resentment into the relationship. Leopold accused Wolfgang, restricted him from pursuing love affairs and regularly demanded money.
When thinking of an oppressor of Wolfgang’s talent, we normally think of the Prince Bishop Hieronymus Colloredo. Yet to some, Leopold was almost as bad, resisting Wolfgang’s will to move to Vienna, disapproving his marriage to Constanze and eventually disinheriting him.
Some historians even speculate that Wolfgang’s weak immune system was due to the constant pressure by his demanding father. One thing we know for sure- no matter how talented one is, we all need love and support, especially from those who are supposed to do so unconditionally- our parents.
Tweet
Email this page to a friend. Email
Click here to visit previous post ← Previous Post Click here to visit next post Next Post →
From €42