The Mismatched Harmony of the Minoritenkirche 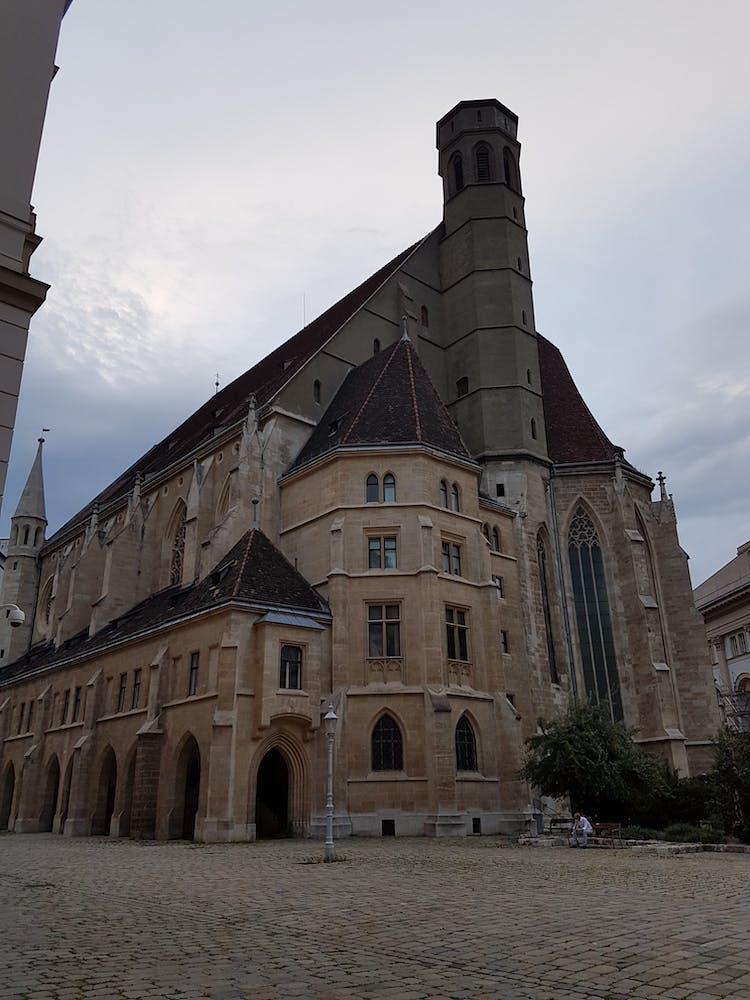 If you look up while walking the streets of Vienna, there are many wonders and oddities to discover. On nearly every facade and rooftop in the first district you may find some architectural flourishes or structural idiosyncrasies. Among the more noticeable of these is the Minoritenkirche in the 1st district. It doesn’t take a architect to notice the wildly different building styles the church is composed of, with the unadorned tower rising starkly from its French Gothic base – if it looks a bit cobbled together, that’s more or less because it is.

The French Gothic style itself is rather unusual for Vienna, and in fact the building masters are not known. The church was built in the years 1276-1350, but suffered considerable damage during the Turkish invasions in the 16th and 17th centuries; in particular, the bell tower was destroyed and had to be rebuilt – the second time with a flat roof. Although the church itself didn’t suffer much damage in subsequent years, the bell tower was repeatedly damaged and rebuilt. As such, it has taken on an entirely new look from the rest of the church, in a kind of mismatching harmony of diverse styles and materials.  (C.G.)