A History of Quarantine 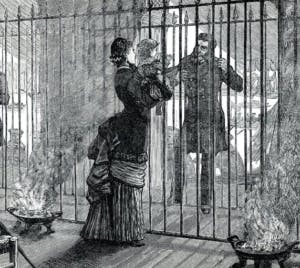 Although we are all familiar with the concept, most of us have never experienced the kind of widespread quarantine measures that are currently sweeping across Asia and Europe, with other parts of the world likely to follow suit in short order. But where does quarantine come from, and what does it historically mean?

Most people probably consider quarantine to be a relic of the Middle Ages when poor sanitary and hygiene practices led to the rapid spread of diseases like the Plague. And indeed, it is a practice that comes out of the Middle Ages and has a close connection to Italy – the word ‘quarantine’ actually comes from the Italian ‘quaranta giorni’, meaning 40 days, in reference to a policy that ships arriving in Venice had to sit at anchor for 40 days before being allowed to dock to prevent further plague epidemics, which had been ravaging Europe. Later, quarantine laws were also implemented elsewhere, often in response to Cholera outbreaks.

Although these sorts of measures have not been deployed on a large scale in recent memory, experts have been warning about the potential for a widespread pandemic for some time, and quarantines have shown to be effective if not in preventing disease, then at least in slowing its spread so that the health care system can cope. So while these weeks – or perhaps 40 days if we are going to be historically accurate! – may be difficult and trying times for many of us, perhaps it will also bring out in us a sense of solidarity not only to the people of the past, but also to our neighbors of the present.