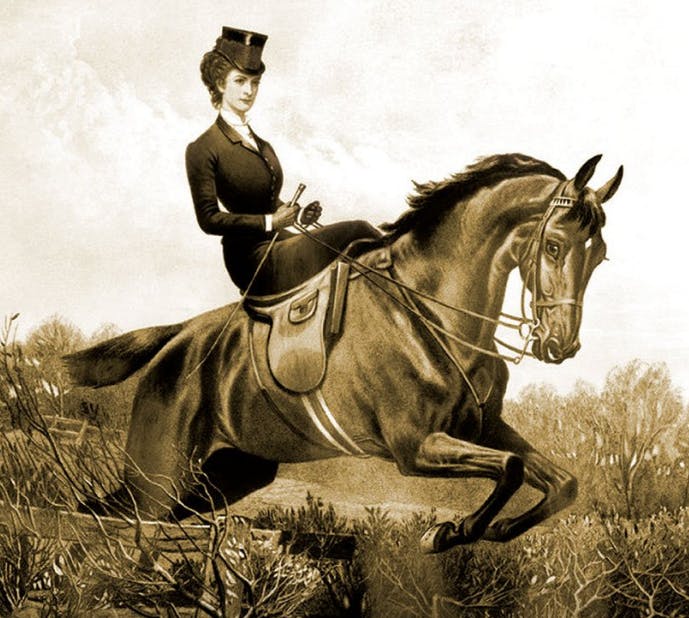 Empress Elisabeth of Austria, originally of Bavaria and commonly known as Sisi, is often depicted astride a horse in portraits, and for good reason. She was an excellent horsewoman and rider who had a particular fondness for horses, which she likely inherited from her father, a great horseman in his own right. In fact, it is said that she had such an affinity and connection to horses that she could calm even the wildest of stallions.

In one such case, a particularly aggressive stallion was scheduled for slaughter after having killed 3 men and injuring several others. According to the story, when Sisi got wind of the fact that the stallion was to be killed she rushed to the stables and insisted on being brought to the horse. Once at his side, she spoke softely with him and stroked his fur until he had been calmed to the point of allowing himself to be saddled. He then allowed the Empress to step into the saddle and ride him, showing no aggression and no resistence to her presence, despite having been considered untamable just a short time before. Sisi supposedly continued to visit the stallion over a series of days, slowly building up trust and cajoling him to the point where he began to allow others to also sit in the saddle. Thus, Sisi not only tamed the stallion but ultimately also saved his life!