The Story of the ceiling painting in the National Library 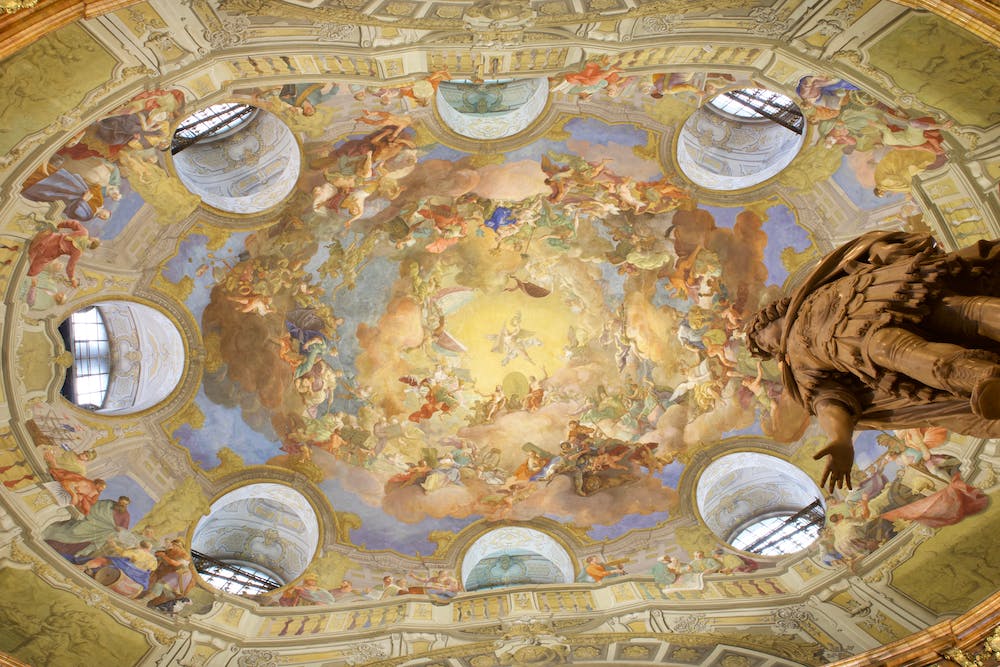 If you have visited the former imperial royal library at the Josefplatz, it is likely that you were impressed by its interior and in particular by the paintings there. The large painting located in the dome of the Prunksaal is full of details and colors. Its artist was the Viennese painter Daniel Gran who worked on this in 1726-1730; that is during the reign of Karl VI who was the father of the empress Maria Theresia. And you can find Karl on the painting as you will see there two figures (Hercules and Apollo) holding a medallion with Karl’s face engraved on it. 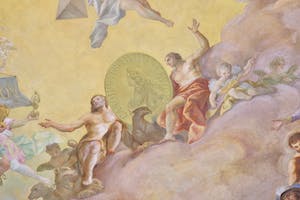 An interesting detail of this ceiling painting is that it shows some cracks. You see, the library was built in the 1720s and the entire building had to be renovated roughly forty years later as it could collapse. This painting was also renovated and if you look carefully you will see the damaged it suffered before the building was saved. And yes, it is extremely difficult to see these cracks with the naked eye. But the national library has created a Gigapixel image that allows you to see the painting in great detail. If you zoom in right in the middle of the painting you will see these cracks and you can also see all the details of it that you missed the last time you were in the national library! (Cr) 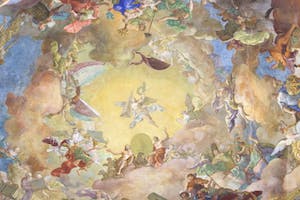