The story of the “Pferdebändiger” 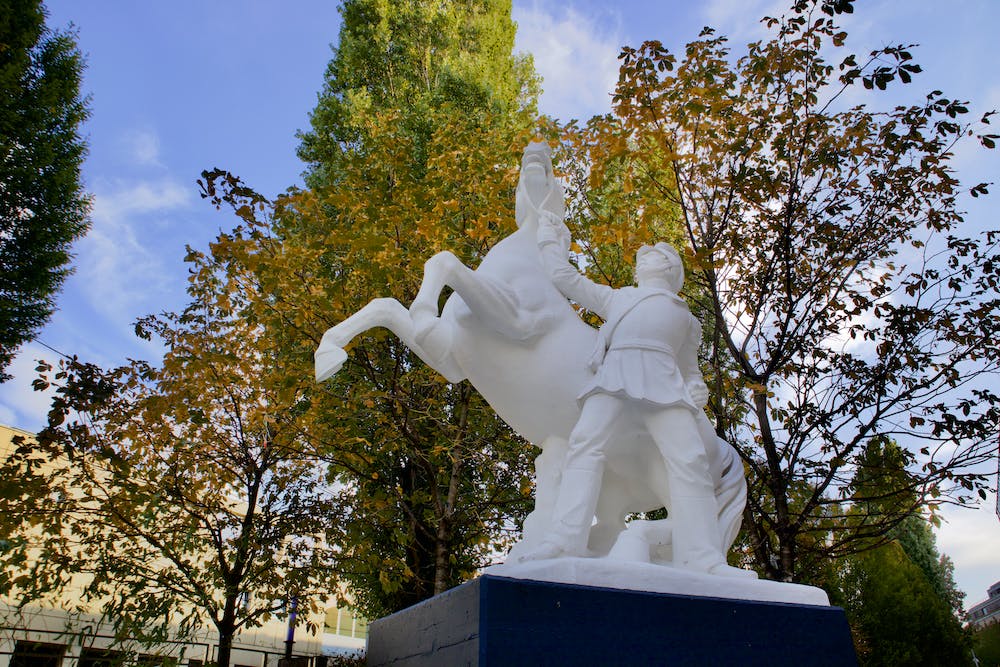 Perhaps you know that Emperor Franz Josef suffered an assassination attempt. That was in 1853 and the men who saved his life were rewarded. Maximilian Karl Lamoral O’Donnell was made a count of the Habsburg Empire and the butcher Joseph Ettenreich became Joseph von Ettenreich. And this was not all, the emperor’s brother Ferdinand Maximilian had a church built in order to thank God for saving the life of the emperor: the Votivkirche. However, this was not the only time that Franz Joseph’s life was saved by loyal servants. There is the story that the emperor visited the Imperial Riding School on Ungargasse and during the visit a horse peeled off almost hitting the emperor. Luckily a “Pferdebändiger” (a horse tamer) managed to stop the horse, thus saving the life of Franz Josef. It is said that the emperor experienced such a shock that he requested something “strong” to drink. And of course, since the life of the emperor was saved again, this had to be commemorated in some way. Although nothing as prominent as the Votivkirche, if you visit the Imperial Riding School Renaissance Vienna Hotel, there you will find a statue of a man holding a horse. The name of the statue is the Pferdebändiger and it symbolizes the act of the horse tamer saving the emperor’s life. This statue has its own story as it used to stand on the top of the Riding School’s main building and somehow it disappeared for years. It was found again and now it can be seen in the garden of the hotel. And this is not the only thing that reminds us of the Pferdebändiger. You remember that the emperor ordered something strong to drink? Well, there is a cocktail named the Pferdebändiger and you can enjoy it at the Imperial Riding School Renaissance Vienna Hotel! (Cr) 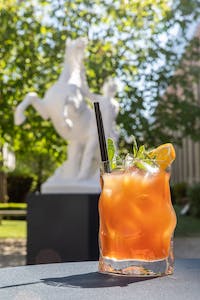