The secrets of Katharina Schratt 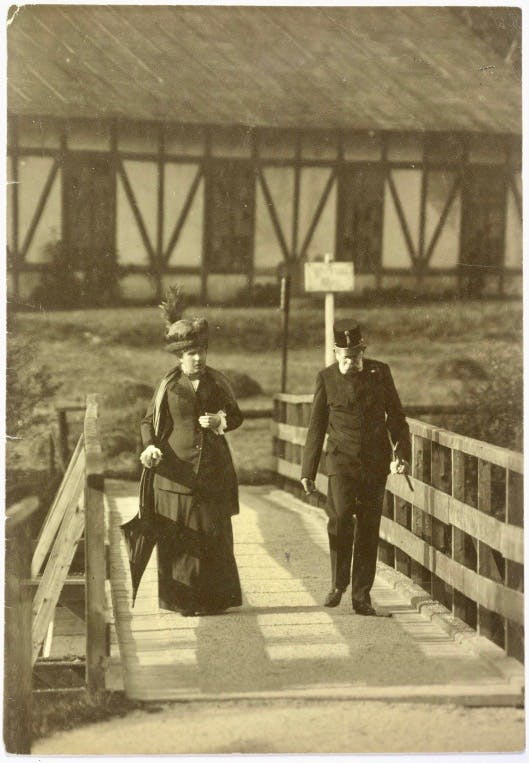 We don’t know how many women were important in the life of the Emperor Franz Joseph, but there are at least two ladies to highlight: His wife Elisabeth and Katharina Schratt. Who was Katharina? Born in 1853 in Baden bei Wien, Katharina was a well-known theater actress. It was in the mid 1880s that Elisabeth met Katharina, who at that time was separated from her husband. And we are told that it was Elisabeth who was the driving force promoting the close relationship between Katharina and Franz Joseph. In one of their first conversations, Franz Joseph found out that Katharina was planning to spend summer at the Wolfgang Lake. Franz Joseph sent her a letter with some questions asking how to find her: “What is the name of the house or villa? How far away is it from the lake? Will you be there at the beginning of June or will you arrive later?”. It appears that the Kaiser really wanted to see her again. There are different opinions about the kind of relationship Katharina and Franz Joseph had: perhaps only friendship or perhaps something else. We are told that Franz Joseph would write long and personal letters to Katharina and in order not to be too far away from her, the Kaiser gave her a villa at the Gloriettegasse, next to the summer palace Schönbrunn, where he would visit her very often. Katharina passed away in 1940 and whatever secrets she had about the Kaiser, it appears she took them to her grave. (Cr)