The Story of the Pestsäule 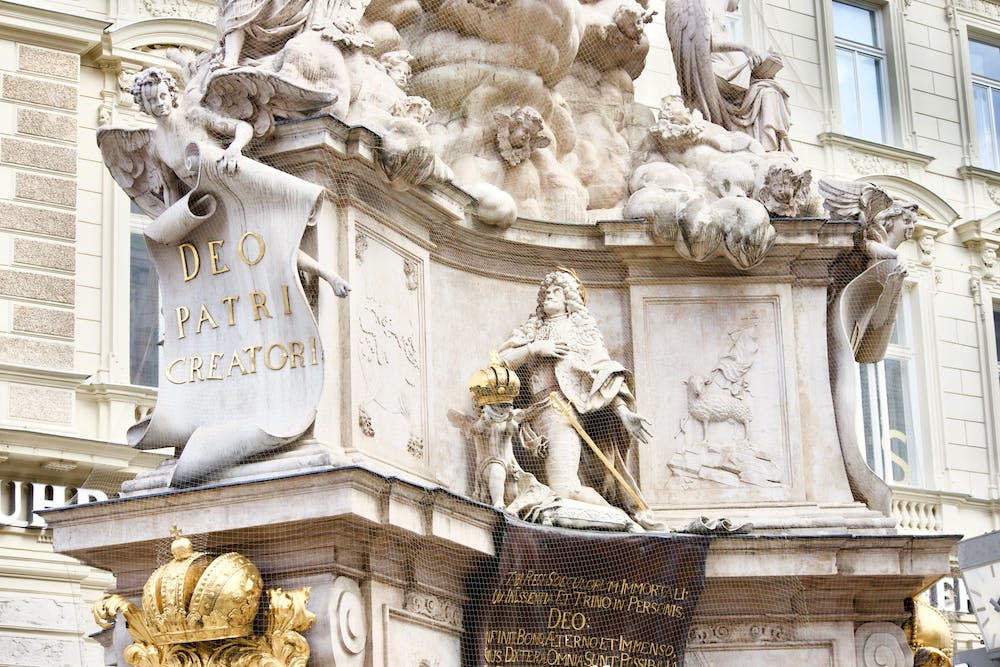 Most people have seen the Pestsäule (The Plague Column) on the Graben. This column dates back to the 17th century and was built during the reign of Kaiser Leopold I with the purpose of asking for mercy so that the pest would end as quick as possible. The first mercy column was made of wood and was built in 1679. The current column was inaugurated in 1694 and it is full of complex details. Just to mention one detail, looking to it from what would be the front side of the column, you will see the bust of a person with the typical “Habsburg jaw”. Well that is Leopold I. You see, according to Leopold it was him that saved Vienna from the pest. Also, here he highlights his victory over the Ottoman siege of 1683. As said, there are many details all over the Pestsäule and we will tell you another one next time! (Cr). 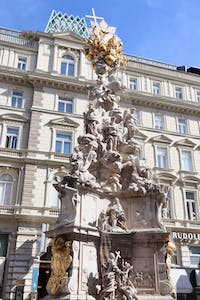