Schubert and the Three Girls’ House 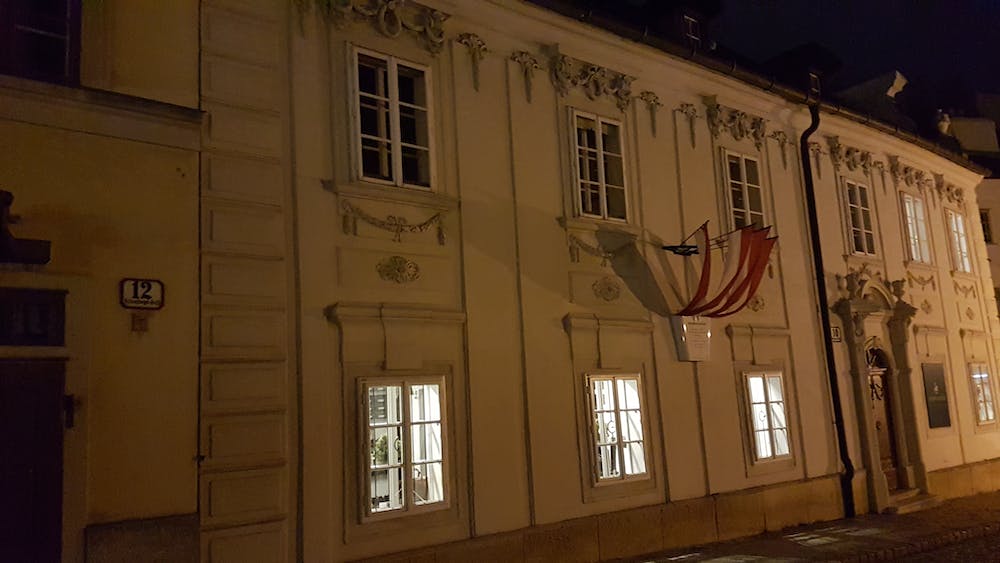 Standing small and resolute next to its towering neighbor on the Mölker Bastei, the Dreimäderlhouse (3 Girls’ House) is a gem from the waning days of Josephine Classicism. It is shaped like a letter T, with the small side featuring delicately ornate trimmings while the larger front facade stands stoically in the style popularized during the reign of Kaiser Josef II, from whose name the term Josephine derives.

But where does the name of the Dreimäderlhaus come from? Well, the story goes that a glass blower named Franz Tschöll used to live in the building with his 3 daughters: Hannerl, Hederl, and Heiderl (which surely didn’t get confusing at all..!). The composer Franz Schubert supposedly romanced all three of these young women, a legend to which the house name still bears witness to. It is, though, only a legend; there is no evidence that Schubert ever visited the house or had any connection to it. Nonetheless, both the name and story endure! (C.G.)