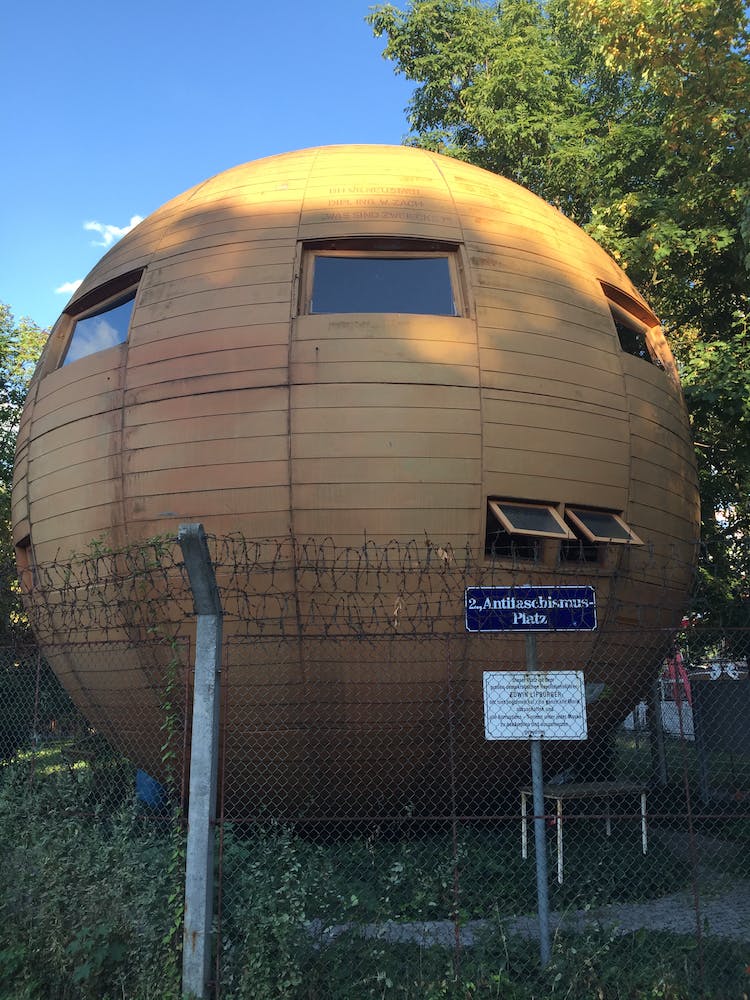 There are many reasons why one may choose to visit the Prater. Be it for a run, a walk, some adrenalin rush in the amusement park or, even better, to try out Secret Vienna’s interesting new guided tour, the place has something to offer for any age range from 2 to 102.

What this SV explorer did not expect at all during one lazy stroll was to pass by another ‘country’. If you have walked by a large, ball-shaped thing surrounded by barbed wire but you were not curious enough to check it, we did it for you. It is the Republic of “Kugelmugel”. The Republic, which declared its independence in 1976, has an interesting story to tell, imbued with this nice mix of Austrian proper attitude to law and humor.

The ‘ball’ was designed and built by artist Edwin Lipburger in Katzelsdorf, Lower Austria in 1971. As a result of legal issues between the artist and the authorities over building permits for a ball-shaped house, Lipburger was arrested and sent to jail for ten weeks in 1979.

After the intervention of the president of Austria, the artist was pardoned. Later the house was moved to the Prater and enclosed with barbed wire and was declared a Republic. It has the only address within the proclaimed Republic (“2., Antifaschismusplatz”) and it is administered by Vienna’s authorities now as a tourist attraction.

Lipburger died in January 2015, but his legacy prevails as the Republic has a population of over 650 non-resident citizens according to the wikipedia entry.

You can visit the Republic and many other interesting places in Vienna during the Open House Wien event which will take place on 15th and 16th of September! (Ra)