The rise and demise of the Zaha Hadid House 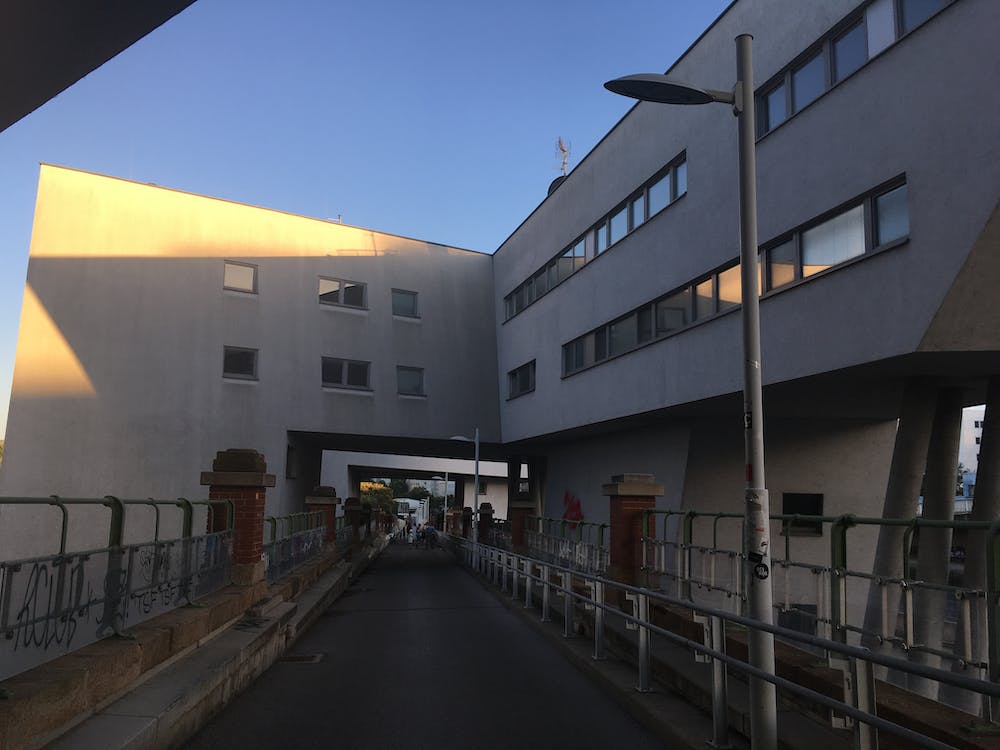 Zaha Hadid came to be one of the world’s most famous architects, but it took her many years to get a project built, let alone to receive acclaim and recognition for her work. Indeed, she only got her first project built in 1993 – and shortly thereafter, in 1995, she also got a commission to build a building in Vienna. This building can be found near Spittelau and, because it has no other official name, has come to be known as the Zaha Hadid House. You have most likely seen this building, but possibly never paid much attention to it. It is an angular building raised on cylindrical stilts that suspend it over the Otto Wagner-designed Stadtbahn arches. Located across from the Vienna University of Economics and Business along the banks of the Donaukanal, it was intended to enliven this area of the city, around which a hip new scene would develop.

With the possible exception of the nearby Grelle Forelle, it is clear that things didn’t quite go to plan. Construction didn’t begin until 2004 and ran a cost of almost EUR 10 million. The idea was that there would be some 30 apartments in the building, with a collection of restaurants, shops, bars, and offices located in the underlying brick arches or nearby. However, soon after opening, residents began to move out and the gastronomical and commercial scene failed to develop. Despite its location on the water and proximity to the university, it is also located directly on a large highway entrance and just downriver from the Spittelau garbage incinerator – which, despite Hundertwasser’s best efforts, may not make for extremely desirable real estate. The building was then re-conceived as student housing, and was modified to fit this need. By 2008, all of the apartments were rented out but Hadid was unhappy with modifications that had been made to the building and distanced herself from the project. Since then, the building has again hit a rough patch; it is once again largely empty, prompting the ORF to call it a ‘ghost house’! (C.G)