The Donaukanal: from abandoned to beloved 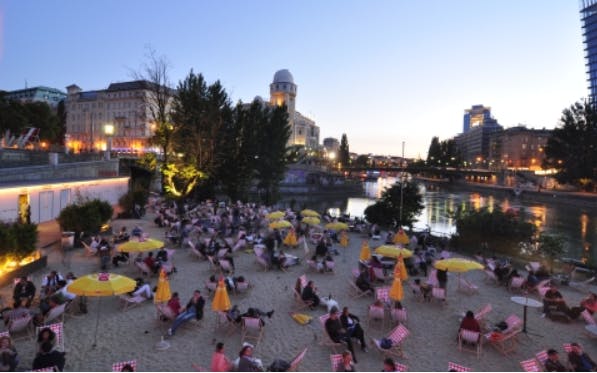 Over the years, the Donaukanal has become one of the most popular summer hang-outs in the city. But before 2010, this part of Vienna was almost entirely devoid of any kind of social scene, with the exception of the Hermann Strandbar – which itself has only been around since 2005. It’s true that prior to that Summerstag already existed, but that is a ways further up the canal; additionally, Flex has also been around since the early 90s, but that is an entirely difference scene.

The Hermann Strandbar was the real pioneer on the scene, which paved the way for the Donaukanal we know and love today. But it was not just the appearance of this one bar that made the difference – in fact, around the same time that Herman Strandbar opened, the city of Vienna also began to recognize the potential of the area, and not only invested in development but even employed a Donaukanal Coordinator, whose job it was to attract establishments to the area. We would say they have certainly done their job!