The story of the “Porta Decumana”. 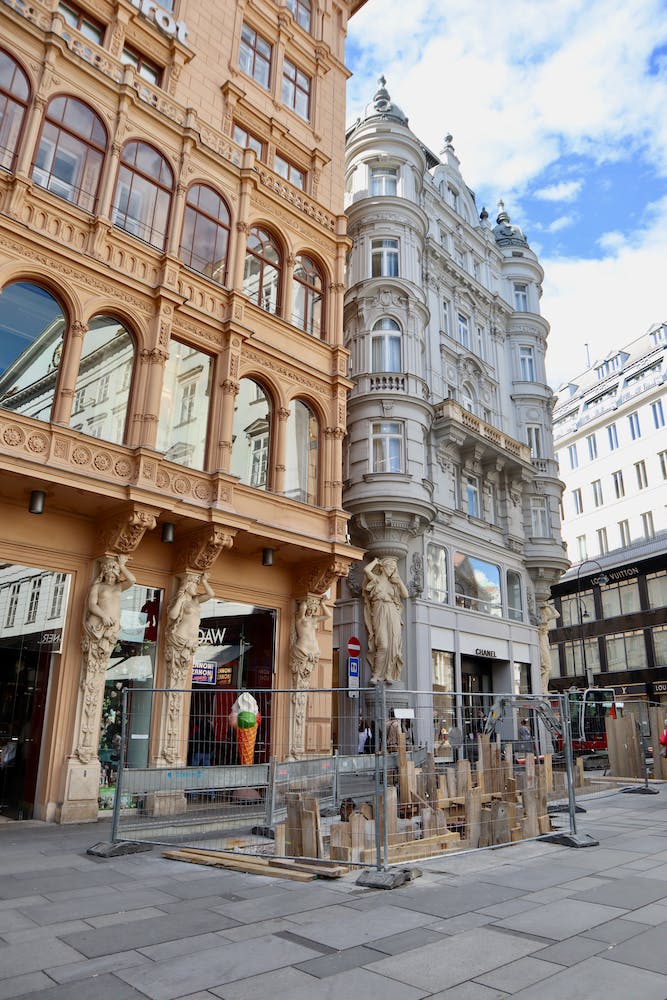 Perhaps you have noticed that the Rotenturmstraße in the city center is a construction site. It has made some headlines in the last weeks as its appearance will change and, if all goes well, it should look better than what it is now. But this is not the only street in the city center that has made headlines recently. Some days ago, a very interesting “discovery” was made in the corner of the Graben and Tuchlauben right in front of the supermarket Julius Meinl. You see, there was a problem with a gas pipe and part of the street had to be opened for reparations. And there was a surprise waiting! As we have told you in the past, before Vienna was Vienna, there was a Roman garrison located in the area that we know today as the city center. This garrison was protected by defensive walls and had a number of gates to access it. Once of those gates was located on the corner of the Graben and Tuchlauben and during the reparations of the gas pipes, the structures of the ancient Roman gate were found (this gate is known as “Porta Decumana”). 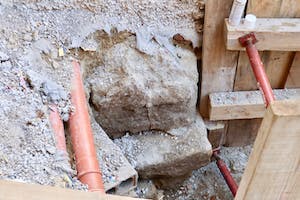 One could argue that these structures were “rediscovered” as they were visible during the time when the pipes were installed for the first time. This was more or less one hundred years ago and it is likely that the workers that performed the task at that time did not care much about old stones. But times have changed and this “discovery” has been widely reported.  And now that the Rotenturmstraße is being refurbished, perhaps new things will come to light. This spot at the Graben will be covered again soon, so if you want to see it you have to hurry up! (Cr). 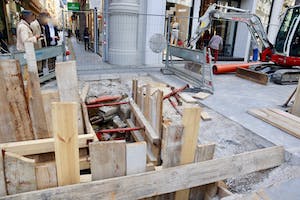