The Story of Frederic Morton 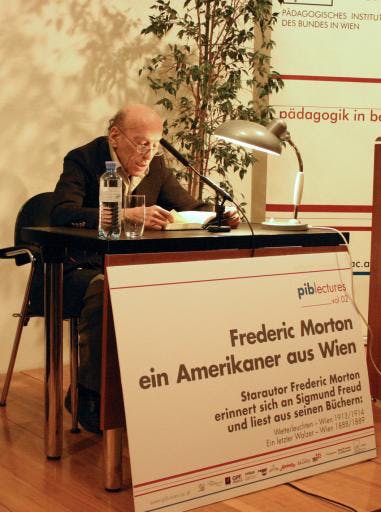 It is time to tell you about Frederic Morton. Born in Vienna in October 1924 as Fritz Mandelbaum, his family escaped Vienna in June 1939 when he was 14 years old and eventually settled in New York. He has told the story that while he was waiting for the taxi that would take the family into exile, the building’s caretaker came to him and gave him something sweet for the hard journey. Luckily for him, they were not his last “Manner Schnitten” as at some point they also became available in N.Y. not far away from his home. And not only that; one day, the Manner company, which is based in Hernals, gave him a big Manner Schnitten box, but with the name “Morton Schnitten” instead. After the war, it did not take too long for Morton to come back to Vienna. In 1951, he conducted an interview with then-President of Austria Karl Renner, and the person who took him to the President’s office was a young Bruno Kreisky, future chancellor of Austria. Eventually, he became a writer working on novels and historical books. Interestingly, some of his work was about the city in which he was born. And he would come to Vienna very often and would always visit the district where he used to live, namely Hernals (Vienna’s 17th district). His home was at Thelemangasse 8, not too far away from the Yppenplatz. The night of April 20th, 2015, Frederic Morton passed away. After writing many stories about Vienna and visiting the city frequently, it was perhaps destiny that he passed away here in the city where he was born. He was 90 years old. (Cr) 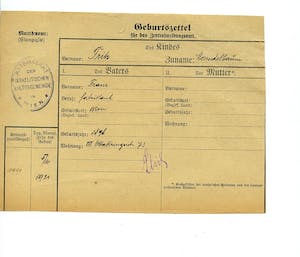