The Story of the Schottentor 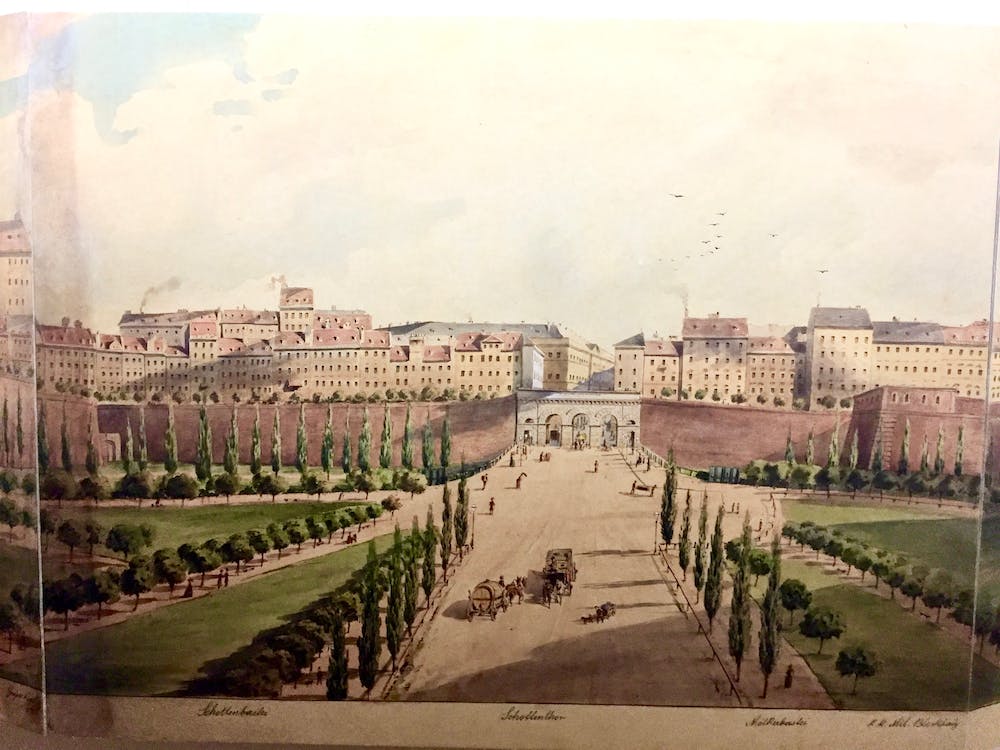 It is likely that everyone in Vienna has heard about the „Schottentor“.  A famous spot for Vienna’s transport system, which brings together several tram lines and the metro U2.  The origins of the name may be a bit obvious for some and less so for others.  The “Scottish Gate” was the name of the gate that was located in the area when the city center was surrounded by walls.  And the name of the gate derives from the Scottish abbey and church that are located not far away from the area. The gate dated back to the 13th century and served its purposes for hundreds of years until Franz Joseph decided to remove the city walls in 1857. As a result, between March 18 and June 14, 1862 the gate and its adjacent walls were demolished (except for one part, but that is another story). Today, the Schottentor area is a vibrant spot as it is the station that takes you to the Vienna University and is the meeting point of the Ringstraße, the Währinger Straße, and the Alser Straße.  So, after hundreds of years the Schottentor has not lost its importance! (Cr).