The Plague Islands of Venice 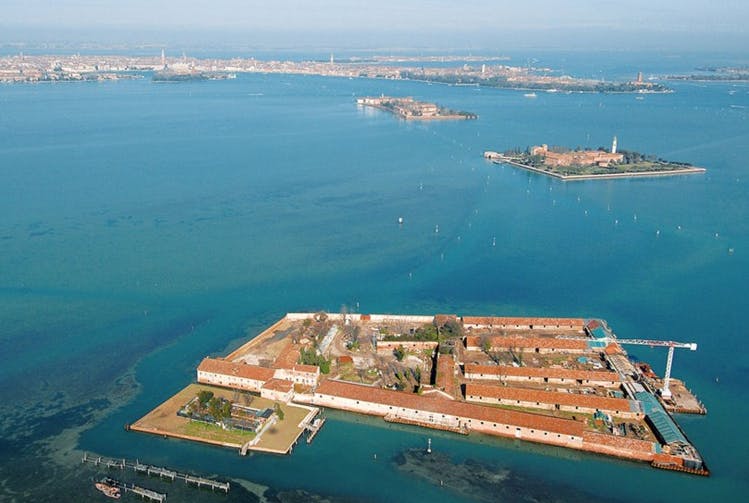 We recently told you about where the word quarantine comes from – and since this is a topic we are all currently confronted with, we wanted to give you some more background on historical quarantines. While we are being asked to stay home and minimize any social contacts to only what is absolutely necessary, the Venetians in the 15th century took a more radical approach. Of course, by this time the Plague had already killed countless Europeans, and quarantines had already been put in place in the 14th century. However, the fact that Venice was a trading post with lots of sailors and merchants coming and going meant that there was a constant (and real) fear that there would be new outbreaks. As a result, in the 15th century, they designated 2 islands where both goods and people were to stay before being allowed into Venice out of fear that they might bring the Plague. When people arrived at the island, they were first bathed in vinegar as this was believed to help kills disease. The buildings in which both the people and goods then stayed were open on all side to allow for fresh air, as odor was thought at the time to be a contagion through which disease spread. Despite these measures, there were regular epidemics and the islands even served at times as isolation for people known to have the plague; indeed, large mass graves have been found that indicate thousands died on the island in the late 16th and early 17th centuries.

Vienna of course also suffered greatly from the plague, and there are thousands of bones in a mass grave under the Stephansdom that remind us of this fact. Today we have a much better understanding of how to deal with disease and epidemics, but it is still a massive challenge with global reprecussions. The Black Death had a lasting impact on Europe, shifting the capital/labor ratio and possibly paving the way for the industrial revolution a few hundred years later. We don’t know what things will look like after the current coronavirus epidemic is over, but it is also likely to have an enduring impact.