The Highs and Lows of the Historical Sophiensäle 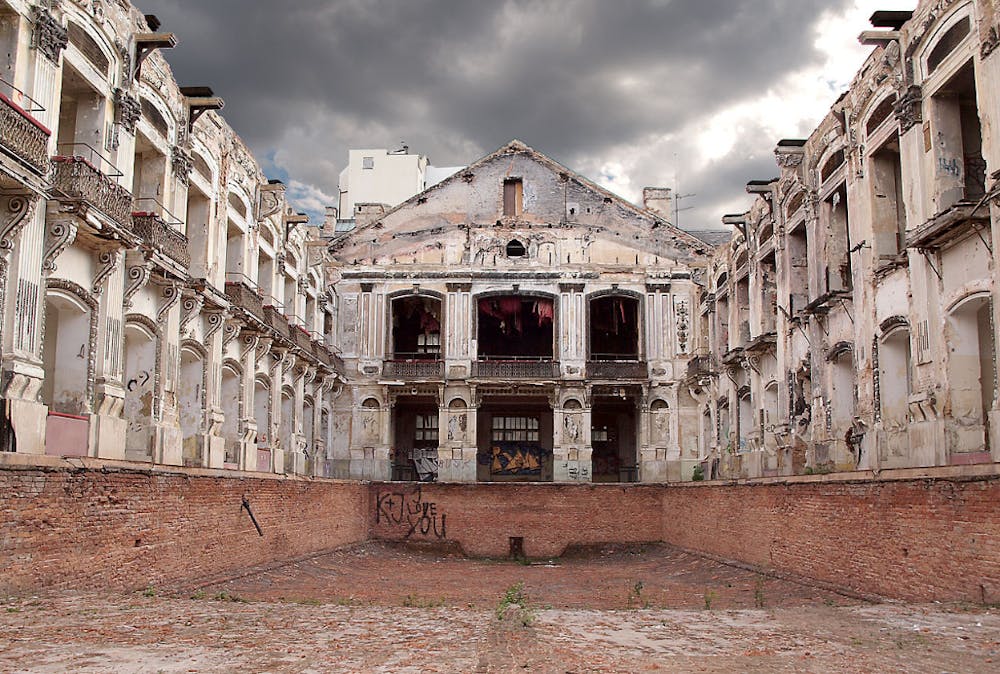 Large-scale fires are always shocking when they happen, though unfortunately every major city has an entire history of buildings and cultural artifacts lost to fire – and Vienna is no exception. Although fires were more common in the past when building codes were less sophisticated than today, large-scale fires still occasionally occur, sometimes destroying historical buildings in their wake. A fairly recent example of this are the Sophiensäle in the 3rd district. The building which stood there was originally an indoor swimming pool, built between 1845-1847, and known as the ‘Sophienbad’. The pool and building it was housed in were built according to the plans of none other than Eduard van der Nüll and August Sicard von Sicardsburg, famous for being the architects of the Vienna State Opera House. But why the name ‘Sophia-halls’ for a swimming pool? Well, it was not just a pool; while it served this purpose in summer, in winter the pool was covered with wooden boards and it was transformed into a dancing and concert hall that was known for its amazing acoustics thanks to the hollow opening beneath the floor. This hall could reportedly accommodate more than 2,500 people, and Johann Strauss often conducted concerts there. But one large hall still does not explain why the name Sophiensäle (Sophie-halls) is plural. In fact, this name only came into use in the 1880s after a second smaller hall was built next to the original. This smaller hall was known as the Blue Hall, and gave the overall building its pluralized designation.

The use of the Sophiensäle as a swimming pool continued until 1909 when it could no longer compete with more modern pools and public baths. It continued to be used for concerts and events though, some of which included very notable guests; the most infamous of these is surely a 2-hour presentation held by the writer Karl May 8 days before his death in 1912, for which Karl Kraus, Heinrich Mann, and Adolf Hitler were reportedly in the audience. Although no one could have known it at the time, Hitler’ attendance also foreshadowed the darkest and most shameful chapter in the history of the Sophiensäle when they were the location at which the Nazi Party of Austria was founded in 1926. Even worse, from 1938 the halls were used to house Jews who were to be deported. As such, the building has a complicated and painful history; nevertheless, it was still a shock when it went up in flames on August 16, 2001. The fire broke out during construction work on the roof, which collapsed, and destroyed the entire interior. Only the external walls and foyer remained as a burnt-out ruin until 2013, when the remaining walls were integrated into a new structure containing residential units, a restaurant, and a hotel – which you can see for yourself at Marxerstrasse 17! (C.G.) 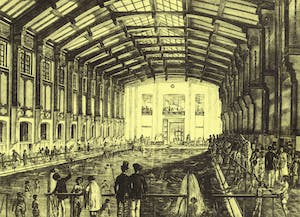 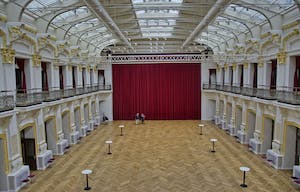