The story of the Habig-Hof 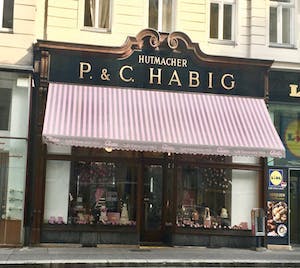 Perhaps some of our readers entered a coffee house one day and they were impressed. Some days ago, we felt that way. But let us start from the beginning. We have told you many stories about k.k. or k. u k. businesses (Imperial and Royal suppliers) and while many of them were located in the city center there were others which could be found elsewhere.

One such example is the former hat manufacturer P&C Habig (P&C Habig k. u k. Hofhutfabrikanten).

Peter Habig established his hat company in 1867 and his brother Carl joined him in 1871; therefore, P & C Habig.  By 1870, the company had obtained the k. u k. title and as the company flourished, the Habig-Hof was built in 1896/1897 on Wiedner Haupstraße 15, which served as housing as well as a shop and manufacturing area for many years. P&C Habig was famous for making hats in different shapes and using various materials. 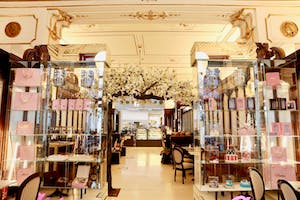 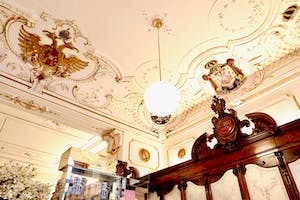 The high point of the company was in 1873 during the World Exhibition in Vienna where they received the award “hors concours Juror”. However, both world wars as well as changes in fashion had a negative impact on the company and business diminished, eventually leading to the Habig-Hof changing ownership. The Habig-Hof is a large building that cannot be missed and has a beautiful entrance with a large staircase. Today, the Habig-Hof is owned by the Generali Foundation and, what used to be a store, hosts an Aida Café. And this is what impressed us some days ago. 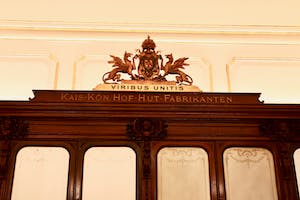 Once inside one cannot avoid admiring the beautiful ceilings and the carefully crafted wooded frames along the walls. Although this is a Café, the presence of P&C Habig is felt in every meter of the place and one may have the feeling of being in a museum instead. Good news is that the Habig-Hof will be part of the Tag des Denkmals on September 29th and there will also be tours where you can learn more about this beautiful place! (Cr)