The story of Friedrich III’s tomb 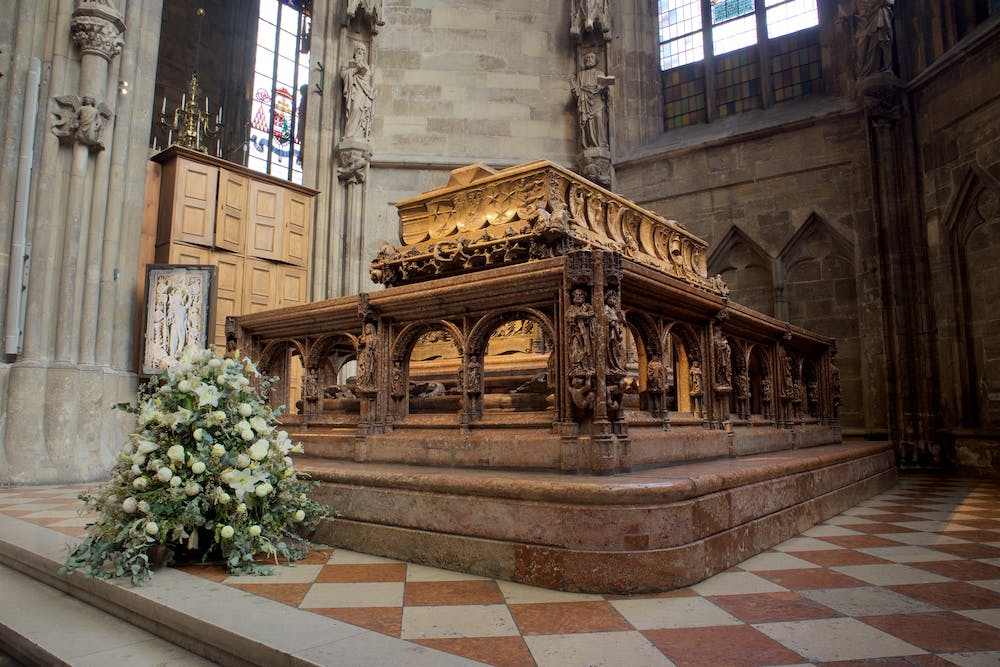 If you have visited the Stephansdom, chances are that you have seen Emperor Friedrich III (Frederick III). Well, not him personally, but his tomb. Friedrich III was Holy Roman Emperor from 1452 until he died in 1493 making him one of the longest serving emperors. And he is also famous because of the letters “A.E.I.O.U.”, which were a sort of personal signature. His tomb has been located in the Stephansdom since 1513, and at some point in history some people started wondering if Friedrich was really inside the tomb. Therefore, in 1969 in a sort of mission impossible action, a hole was drilled somewhere in the tomb to check him out. It was confirmed that Friedrich was there and then the matter was closed. A very strange story, but it was only in 2013 that it was noticed that the hole drilled in the 60s was still there. Using modern technology, a full analysis has been made and the results were presented this week. Friedrich is not only there, but he is accompanied by a crown, a sword, coins, and many other items. We don’t have original pictures, but you may want to read some of the news articles that have reported about this very interesting “discovery”. Some pics are found in the “Standard” article below! (Cr)
https://www.derstandard.at/story/2000110780306/friedrich-iii-im-stephansdom-die-endoskopie-des-kaisers 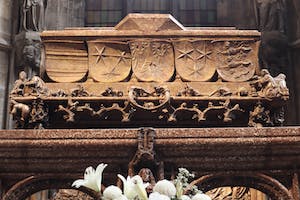