Servus and the long reach of Habsburg history 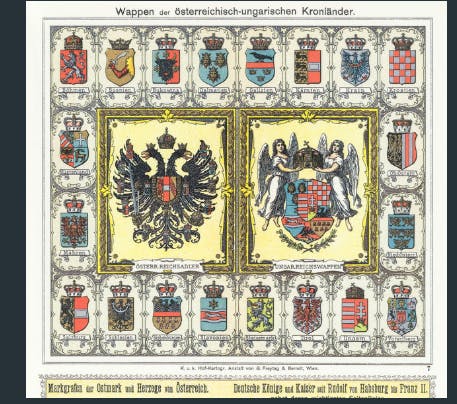 If you have lived in Vienna long enough, you may have noticed that there is not shortage of words or expressions that are used to say hello and goodbye. These include, but are probably not limited to: Grüß Gott, Hallo, Griaß di, Hawidere, Pfia di, Ciao, Tschüss, Babaa, and Servus. Unique among these is Servus, which can be used for both hello and goodbye — much like “Ciao” in Italian, which in German has somehow lots its “hello” meaning. Not so with Servus; it can be, and regularly is, used as a salutation both when arriving and departing.

But where does this word come from, and why do we consider it to be Austrian? In fact, it is not really Austrian at all, but rather very closely associated with the Austro-Hungarian empire. Variations of the word ‘servus’ are used in almost all ex-Habsburg countries, but outside of Austria, it is especially popular in Hungary, Slovakia, Romania, Bavaria, and parts of Croatia and Slovenia. So, with some slight variations in pronunciation and spelling, it is a word that remembers the historical ties between these countries. As to its meaning, it comes from a Latin phrase meaning something like “I am your humble servant, my noble lord”. Indeed, servus means servant in Latin, and is also the origin of the word ‘serf’. Over the years the word has lost its subservient meaning, and remains today just a popular salutation in countries of the former Habsburg Empire.

To learn more about Viennese dialect, join our tour this Saturday, June 23 at 16:30! https://secretvienna.org/experiences/deutsche-erlebnisse/des-weana-gmiat-tour-mit-musikbegleitung/