The Coronation of Napoleon 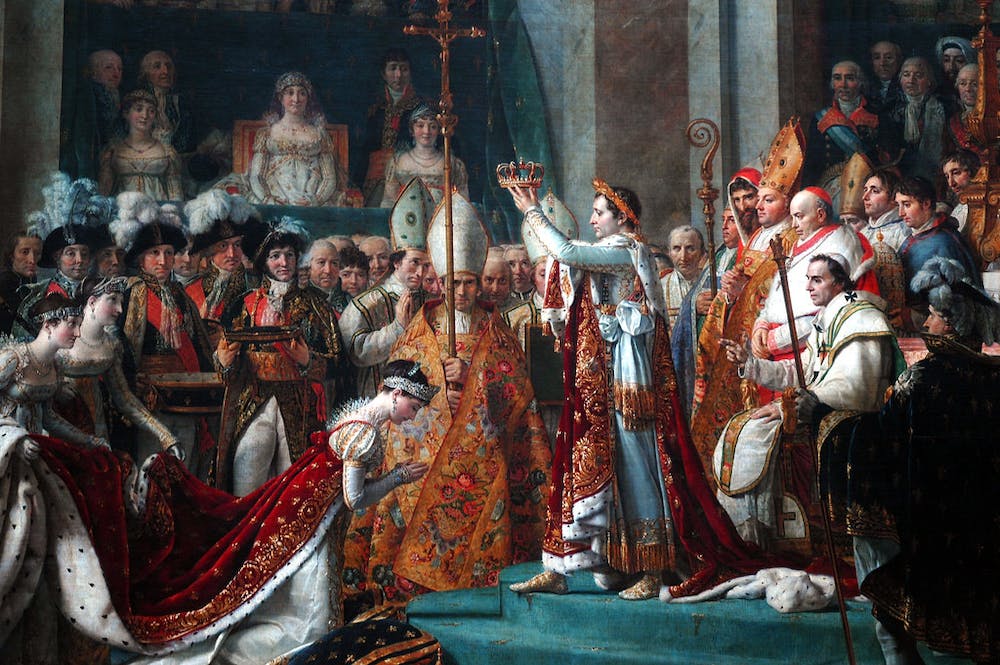 The magnificent church of Notre Dame in Paris was particularly full on the 2nd of December, 1804. Although it was a Sunday, the local Parisians did not come to attend the Sunday mass but rather to witness an event with incredible significance in European history. For many, the ceremony they were about to witness was unexpected, even undesired. Others anticipated it greatly, as if they completely forgot their recent, turbulent history. Historians consider the event as a “transparently masterminded piece of modern propaganda”.

If you are familiar with European history, the date we mentioned has already revealed the event we are referring to- the coronation of Napoleon as emperor of France. After rapidly rising through the ranks, during the days that followed the French revolution, Napoleon gained enormous power and influence. Ironically, despite abolishing the royal crown not that long ago, the coronation of Napoleon received growing support from the common citizen. Napoleon’s goal was to create a new royal dynasty of his own which would give his imperial reign full legitimacy as well as prestige among royal families of Europe.

And thus, in the presence of pope Pious VII and a crowd of fearing supporters and subjects, Napoleon was crowned emperor of France. It would take 10-11 years and several coalitions to take him down and stop the imperialistic expansion of the French empire.