Don’t fall in love at the Copa, Copa Cagrana 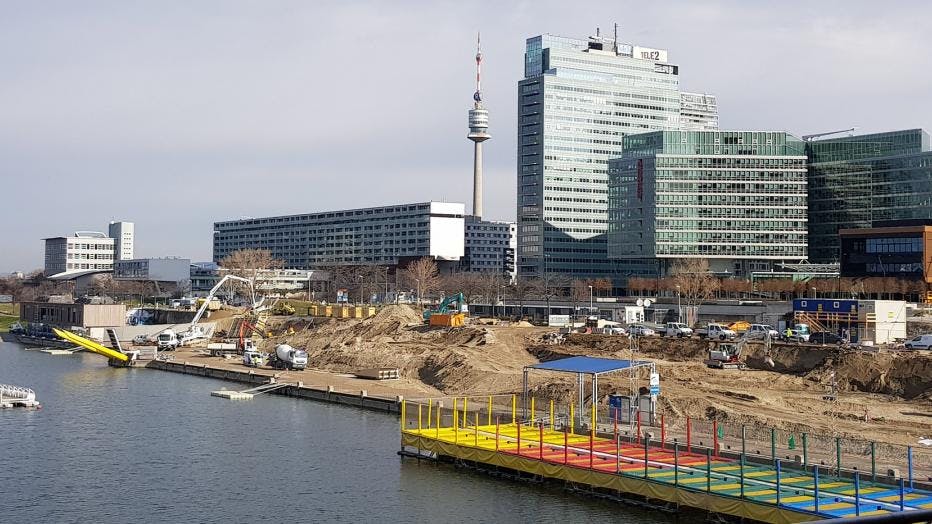 As winter wears on, many of us may start to dream of the blue waters and white sand beaches of less land-locked countries than Austria, but Vienna has its own cheeky and charming remedy: the Copa Cagrana. Taking its name from a too-clever-by-half portmanteau of the famous Brazilian Copacabana and the Vienna district in which it is located, Kagran, this little stretch of restaurants, bars, and artificial beach has a certain flair, and quite a history.

This little entertainment mile goes back to the 1980s and was operated by Norbert Weber. It quickly became popular among the working class populations in the area, and came to be known as the ‘Paradies der Proleten”, or Paradise of the Proletariat. It was a world in which loud pop music blared from speakers, bars and restaurants were simple and often filled with cigarette and shisha smoke, and the scent of rust permeated the air. It was the down-home, unpretentious cousin to the Donaukanal, which had started its transformation already some years earlier. It was also considered a nuisance by many, and the city of Vienna engaged in a protracted fight with Weber over the rights to the land and its development.

Ultimately, the city won the fight and began to revitalize the area in 2015 with an investment of 2.5 million euros in order to bring new life to the area. In the past years, the old huts have been torn down and replaced by more chic and worldly establishments. Whether it ultimately draws a new clientele and achieves its aspirations of being a lively part of the Viennese nightlife remains to be seen – for the moment, the Proletarian past has been buried under hipper visions of the future.