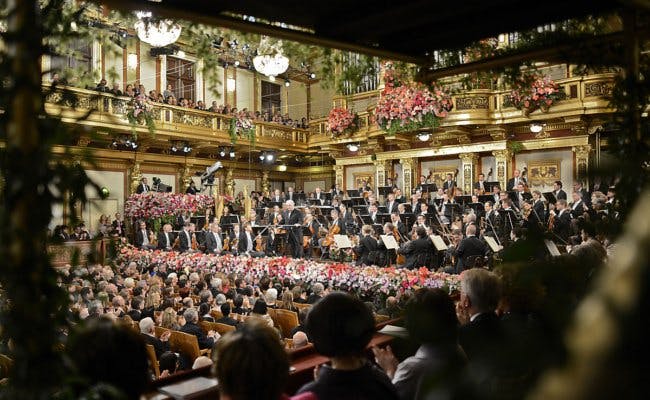 Without a doubt, most of you know about Vienna’s New Year’s concert. Every year the Vienna Philharmonic presents a program focused on lively though nostalgic music from the repertoire of the family of Johann Strauß and their contemporaries.

Even though the program focuses on the Strauß dynasty, the Philharmonic used to “ignore” the Strauß music for a long time. Their attitude towards Strauß only changed slowly. But due to Strauß’ popularity among other famous musicians, like Franz Liszt or Richard Wagner and the encounters of the Philharmonic musicians with Johann Strauß Jr. they began to introduce the Strauß’ music to their program.

The first New Year’s Concert took place on December 31st 1939. Clemens Krauss kept conducting the concerts until the end of the war.

In 1980 the Philharmonic choose an internationally prominent conductor, Lorin Maazel. After this concert, the musicians decided to select a different conductor every year. Conductors like Zubin Mehta, Riccardo Muti or Christian Thielemann have found their way to Vienna.

This years conductor is Daniel Barenboim.