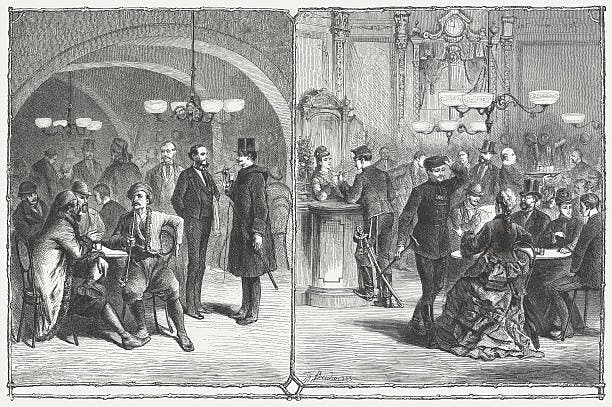 Vienna is famous for its coffee house culture, a one of a kind tradition that is well known all over the globe. Typical for our coffee houses are marble tabletops, tables filled with newspapers, and a traditional interior design. Coffee houses are spots where “time and space gets consumed, but only the coffee is left to be paid for”.

The history of our coffee house culture started in the late 17th century, due to the Turkish Siege of Vienna and apparently Vienna’s first coffee house was founded by a man called Johannes Deodato. Old bills from 1645 indicate that the Habsburgs were paying Turkish envoys for coffee orders.

The once famous coffee house Kramer, in Vienna’s first district, was the first to display newspapers, a tradition we still cherish today, and from 1840 on women were allowed to visit coffee houses.

But why do we get a glass of water with our cup of coffee? There are a few rumors around this tradition, but the most famous one is that since only the aristocrats were drinking coffee in the beginning, they used the water to clean their spoons after stirring their coffee.

Our coffee house culture is part of the Austrian intangible cultural heritage since 2011. So, the next time you drink your coffee in Vienna, think of our old traditions and enjoy the one of a kind atmosphere a Viennese coffee house offers.