The Story of Friedrich Schmidt 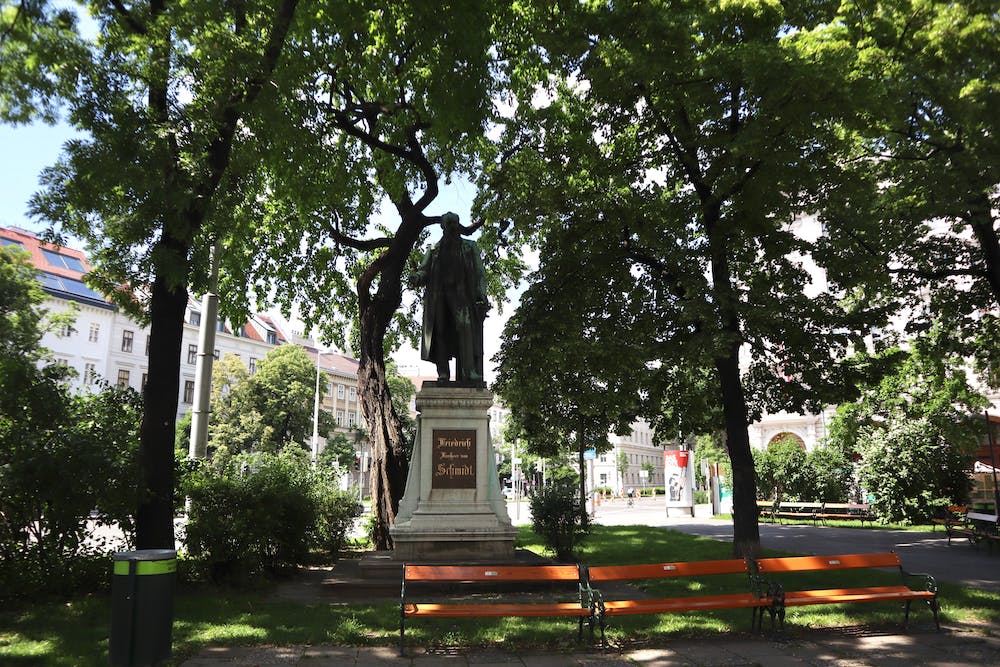 We have told you stories about some of the architects of the Baroque Vienna as well as of the Ringstraße period and some architects are, of course, more famous than others. One architect who is important, but perhaps less-known is Friedrich Schmidt. Born in Germany in 1825, he got a professorship at the Akademie der bildenden Künste in Vienna (the Academy of Fine Arts) where he worked from 1859-1864 – a period that coincided with the beginning of the construction period of the Ringstraße. Luckily for him, of all the public projects that were awarded to a handful of architects at that time, he got an important one, namely the Rathaus (the City Hall). There were 63 proposals for the “Rathaus project” and Schmidt’s was the winner. There is the story that he was so invested in the construction of the Rathaus that he noted a problem with part of the roof of the building when construction was finalized, and as the city did not have money for any changes, he used his own money for this. Apparently he would tell his friends “I prefer to be a poor man as long as my Rathaus is a success. In the middle ages, the builders would lose their heads in their fight against the lords. Nowsdays, they are happy to just take our wallets”. Schmidt was also the architect of a building named Sühnhaus (destroyed during WWII) and it was here that he passed away in 1891. If you want to see Friedrich Schmidt, you will have to look behind the Rathaus for him. He is sort of hiding behind the bushes! (Cr). 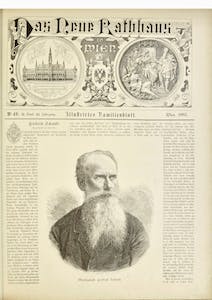