The battle of Dürnstein 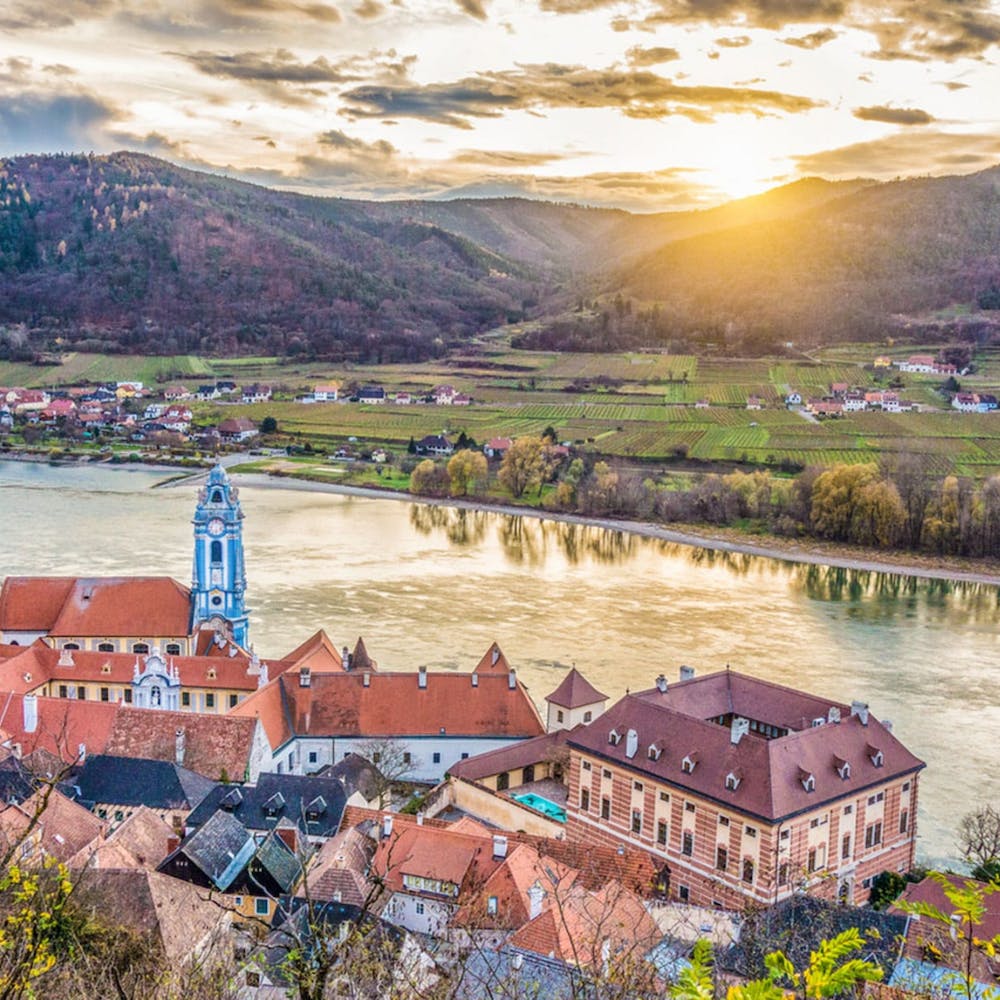 When we think of a peaceful town where one can enjoy history, relax and disconnect from reality without getting too far from Vienna, we think of Dürnstein. The ancient streets, castle ruins and wide Danube river, make the city both charming and mysterious. With that in mind, it’s quite hard to imagine the area as a fierce battle ground. That’s, however, exactly what this town was in November 1805.
In the days leading to the battle of Dürnstein, the French army managed to gain the upper hand against the Austrian and Russian forces in Bavaria. The defeated army decided to retreat and the French troops, commanded by Théodore Maxime Gazan, decided to pursue. Rushed and Overconfident, the French general fell into the Austrian/Russian trap right at the Wachau Valley. Right by the entrance to the town, French forces were caught between two Austrian and Russian columns. Despite the obvious disadvantage, the French continued to fight bravely. The fighting continued well into the night and both sides suffered major losses.
The outcome of the battle of Dürnstein was particularly terrible on the Austrian side due to the loss of Johann Heinrich von Schmitt. The already retired commander, who was known as one of best chiefs of staff of the Holy Roman Empire, was accidentally killed by friendly fire. Few weeks later, the Austrians were brutally defeated in the battle of Austerlitz, which led to the end of the war of the Third Coalition.
Photo credit- Telegraph.co.uk
Tweet
Email this page to a friend. Email
Click here to visit previous post ← Previous Post Click here to visit next post Next Post →
Skip to toolbar